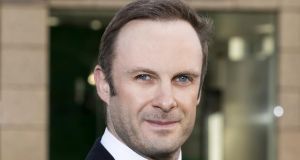 Dublin has joined the top 10 European cities for serviced office space deals in 2018, according to a new report from BNP Paribas Real Estate (BNPPRE).

The capital has been ranked 10th in terms of overall take-up volumes last year, and fifth in terms of take-up as a share of total office take-up.

Eight deals in Dublin, totalling 43,338sq m (466,486sq ft), boosted the market in 2018 and increased the amount of office space leased to serviced office providers by 122 per cent over the previous year.

At 12 per cent of total take-up for the year, the serviced office sector was the second-best performing office sector in Dublin in 2018.

Flexible, adaptable and matching companies’ needs at any point in time, serviced offices and in particular the co-working concept are becoming increasingly popular. Dublin is now mirroring the strong increases in the amount of space serviced office operators control in the main European cities.

Out of the 18 European cities the report analysed, Dublin, Vienna and Milan enjoyed the most brisk markets and rapid expansion during 2018, as the number and average size of serviced office spaces increased right across Europe.

London still has the densest network, boosting supply with over 180,000sq m (1.9 million sq ft) of new serviced office space during 2018, up 13 per cent on 2017. Paris, Warsaw and Berlin have the next most dense supply in Europe, with much of the new co-working space controlled by global leaders in the sector.

WeWork has since leased a further 4,605sq m (49,567sq ft) during the first nine months of 2019, bringing the total space leased by the firm to 46,426sq m (499,725sq ft) in just under three years. This is more than double the total space occupied by Iconic Offices, the second largest serviced office provider in the Dublin market at present.

Where next for WeWork?

While WeWork remains the most dynamic operator in the Irish market by far, the shared-space provider recently shelved its IPO amid investor concerns that saw its CEO, Adam Neumann, step down.

In terms of its Dublin market impact, WeWork currently occupies the equivalent of 1.1 per cent of total office stock in the city. It has leases signed for 46,426sq m (499,725sq ft) overall across nine separate units to date. This is slightly below the corresponding figure for central London, where WeWork occupy 1.3 per cent of total stock.

The amount of office space in question, however, is very different, with the total space leased to WeWork in central London since 2014 standing at 276,947sq m (2.9 million sq ft).

Of the estimated 34,000sq m (365,972sq ft) of pipeline serviced office take-up in Dublin at the end of Q3 2019, WeWork accounted for more than three-quarters, across five locations. Planned lettings include potentially significant deals at the Clerys Quarter and in the New Ireland Assurance building on Dawson Street.

Current uncertainty regarding WeWork means some of these may now be called into question. Recent reports suggest that a planned letting by the company at Central Quay has been called off.

In terms of any effect on the Dublin office market, given the current healthy level of tenant inquiries, should these prime central business district (CBD) units be returned to the market they would likely be snapped up quickly, Keith O’Neill, head of office agency at BNPPRE Ireland, believes.

“It has been well documented this year that there is a significant shortage of high-quality Grade A office accommodation in Dublin’s CBD,” he says.

“As it stands, there are very few available buildings in the city centre which can accommodate larger requirements. Of the 95,000sq m of new or substantially refurbished office space due for delivery in Dublin 1 and 2 during 2019, 70 per cent is pre-committed to various tenants. For buildings due for delivery in 2020, more than half of all new stock has been pre-committed,” O’Neill adds.

Essentially, with demand as it stands from occupiers with larger requirements, the return of a number of large reserved units to the market for lease will not necessarily be an unwelcome event, is the industry consensus.

For 2019, the first nine months of the year has seen a total of 7,538sq m (81,138 sq ft) leased to serviced office providers across six lettings. This is not as high as the record levels of 2018, and is a factor of the smaller-sized units being taken by firms such as WeWork, to cater for smaller businesses and the self-employed.

Nevertheless, it is understood that negotiations are under way with providers including WeWork, Spaces, and new entrants, Knotel, for a further 34,000sq m (365,972 sq ft) at present. Increased numbers of niche co-working operators, such as Huckletree, are also expected to expand their market presence in the coming months.

A need for flexibility is driving the co-working trend in Ireland, according to the BNPPRE report.

“Brexit is also having an impact. According to our research, 80 companies have publicly announced their intention to move to, or expand within, Dublin as a direct result of Brexit. Of this, at least 20 companies are currently operating out of serviced offices as they await clarity on the Brexit situation,” Ryan says.

Notably in Dublin, in 2018, the average shared space transaction size stood at 5,417sq m (58,308sq ft), the biggest in Europe, leading the trend towards leasing of larger units.

Microsoft is among the companies occupying WeWork offices in Dublin, where a total of over 7,000 “members” now have space in its buildings across the city.

Initially the market leaders took on larger units, although this is beginning to change with WeWork set to launch its “Headquarters” brand at George’s Quay House (1,687sq m/18,858sq ft) and The Oval, Ballsbridge (2,137sq m/23,003sq ft) later this year.

Irish serviced office provider, Iconic Offices, began in traditional Georgian buildings, but has also now moved to more modern properties, opening larger offices in both The Lennox Building in Dublin 2 and the redeveloped Masonry in Dublin 8, over the past twelve months.

Co-workers are renting increasingly-larger units, while also securing mid-sized space supply, as part of new strategies that cater for both self-employed workers and larger organisations.

But, while the market should be stabilising or even consolidating, a quarter of serviced office spaces globally were still unprofitable in 2019, according to the latest Deskmag survey.

The trend towards new forms of collaboration and co-working is now a fixed element of the service landscape, explains Kenneth Rouse, managing director and head of investment at BNPPRE Ireland.

“While co-workers certainly benefit from the flexibility of this model and the cost-savings, the brands in this market are signing up to leases without break options. Across the sector, co-working operators have to rethink and evolve how their buildings and spaces are marketed to make their models profitable over the long term,” Rouse says.

Changes may include shortening lease lengths, increasing incentives, or acting more as “service providers”, rather than simply “space providers”, he believes.

Pressed on the question of a potential default by a co-working operator in the Irish market, Rouse admitted that it could cause headaches for asset managers invested in the Dublin office sector.

He said: “While there are many potential machinations of a co-working lessee insolvency event, essentially it would be messy, protracted, and the capital value of investment properties could be impacted negatively.

“Every situation is different, but you could see landlords having to step into the place of the co-working lessee to protect their property’s cash-flow with existing members and licensees. If leases are forfeited, this would be costly and time consuming.”

“There may be uncertainties around landlords being fully indemnified, where there are bank guarantees in place in the lease or in the agreement for lease. And there will unquestionably be cost implications around fit out and yield, with co-working fit out not necessarily compatible with alternative uses,” Rouse concluded.