Opposing Mercosur to protect the rainforest 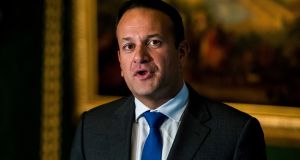 It’s not often you get a chance to ride two horses in politics, especially ones as mutually exclusive as beef and climate change.

The chance to oppose the Mercosur trade deal under the guise of wanting to protect the rainforest must have proved too inviting for Taoiseach Leo Varadkar, however.

His Government is under intense pressure from the farming lobby here to oppose the deal, which includes a more preferential tariff regime for beef imports from Mercosur countries, an anathema to Irish farmers who fear they will be unable to compete with cheaper food imports from South America, where the cost of production is lower.

Equally, Varadkar is desperate to bolster the green credentials of the Government, which has been repeatedly criticised for failing to take meaningful action on climate change and in the wake of recent European and local elections, which saw Green candidates poll strongly.

“There is no way we can tell Irish and European farmers to use fewer pesticides, less fertiliser, embrace biodiversity and plant more of their land and expect them to do it, if we do not make trade deals contingent on decent environmental, labour and product standards,” Varadkar said.

Not wanting to miss the boat, the Irish Farmers’ Association (IFA) said the Taoiseach had made “the right call” and claimed the EU Commission needed to the stand up to firebrand Brazilian president Jair Bolsonaro.

“It is time the EU Commission stood up to president Bolsonaro and told him bluntly that Europe will not tolerate the burning of the rainforests to clear land for more beef exports as part of the Mercosur deal,” IFA national livestock chairman Angus Woods said.

Ireland, however, will be one of two or possibly three countries to miss both its emissions and renewable energy targets next year, a testament to both the Government’s tentative approach and the IFA’s fierce lobbying behind the scenes. An irony then that Brazil should find itself fielding criticism from Ireland, Europe’s climate laggard.