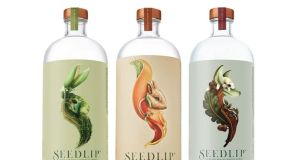 Diageo, the world’s largest distiller, has noticed that people are drinking less than they used to. To tap into the trend, the company behind bar staples such as Johnnie Walker Scotch whisky and Guinness is increasing its stake in non-alcoholic distilled spirit brand Seedlip to majority ownership.

Seedlip produces clear liquids with a similar mouth feel and complexity to high-end gin - along with a comparable price. The brand was founded by teetotaler Ben Branson to address the challenge of what to drink when laying off the booze.

Diageo is keeping Mr Branson onboard “to grow what we believe will be a global drinks giant of the future,” John Kennedy, who runs Diageo’s business in Europe, said in a statement.

The company is making the acquisition via its Distill Ventures arm, which invests in beverage startups, after buying a minority stake in 2016. Financial details were not disclosed.