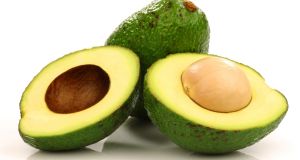 This is an “off” year for avocado production. Photograph: Getty

Urban millennials already struggling with high house prices and student loans are about to face a rise in their metropolitan brunch staple: avocado on toast.

With supplies from key producers, especially Latin America, tightening, and demand for the soft green fruit continuing to rise around the world, prices have hit their highest level on record.

The problem for European buyers is that supplies from their main supplier, Peru, are expected to be sent to the US, because of an output fall in Mexico, its largest supplier.

The US market, the largest consumer of avocados, is facing a 50-60 per cent decline in Californian output from average levels, because of bad weather, while its main source of imports, Mexico, is expecting a 20 per cent fall in production, says Óscar Martínez at Reyes Gutiérrez, a Spanish avocado importer and distributor.

“The US needs to get extra avocados, and Peru is expected to divert their supplies attracted by their high prices,” he adds.

Avocado trees tend to alternate between “on” years, producing a bumper crop, and “off” years, where the tree recovers from the stress of the previous year’s large production. In Mexico, the world’s largest producer and exporter of avocados, the off-year has coincided with bad weather, sending the market soaring.

Prices for Mexican Hass avocados have more than doubled since the start of the year, with a 10kg box of avocados jumping to 550 pesos (€26.54).

Supplies from other producers have also been hit. “Lower output is also expected for the US and Peru where the harvest has been delayed due to heavy rains and flooding,” says Jara Zicha, analyst at Mintec.

The supply shortage has come at a time of strong demand. European consumption of the superfood has been solid, thanks to the increasing trend to eat healthier, lighter meals. Consumers in new markets, such as Turkey and China, are also discovering their appetite for the fruit.

“There is a demand explosion,” says Nicolaus Vorwerk, manager of Hamburg, Germany-based Agora America, which exports guacamole from Mexico to Europe and Asia.

In the UK, for example, demand has not been limited to the trend-seeking youth. Recipes from the likes of British TV chef Jamie Oliver and vegetarian offerings from sandwich chain Pret A Manger have spurred consumption.

Over the past few years, UK demand has been growing by about 30 per cent, says Mr Martínez, who foresees a similar trend ahead.

The market that leading exporters are eyeing is China, where demand is taking hold. Imports are growing by about 250 per cent a year, and the country is now the 11th largest buyer on the international markets, purchasing more than 25,000 tonnes last year.

With the country’s fast-food chains such as KFC launching chicken burgers and wraps with guacamole, Chinese consumers’ taste for avocados can only rise, say executives.

The big question is how price volatility will affect global demand. Last year, some US restaurants were forced to take avocado off their menus after prices jumped following a workers’ strike in Mexico.

In Europe, avocados are trading at about €14 for a 4kg box, almost double that of eight years ago, says Mr Martínez. However, he doubts that current prices will dent demand in a big way.

Pret A Manger says: “Despite the price changes, we still offer a lot of recipes with avocado in.”

According to analysts, the supply and demand situation is likely to remain largely unchanged. The latest market report from US Foods, a food-service supplier notes: “Expect a tight supply and high market to continue into Q3.”

Avocado prices have traditionally dipped in August, when Mexico’s main crop avocado season normally starts, running until about May the following year.

“Normally prices come down in August when the new season starts in Mexico,” says Mr Vorwerk. “But if demand keeps on growing, then prices will remain high.”