Sport Ireland say there is no immediate threat to athlete funding 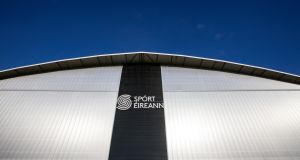 Sport Ireland has said there is no immediate threat to athlete funding for the remainder of 2020 and into 2021, in light of the fact the Tokyo Olympics have now been postponed into next year.

According to a spokesperson for Sport Ireland, athlete funding is now administered on a multi-annual basis, based on Olympic cycles, and the commitment is provided on the basis that the same level of funding was available to those awarded support in the year previous, subject to terms and conditions. That in turn would now run into 2021.

In January, Sport Ireland announced a 2020 Government funding package of €36 million, effectively the annual pay-day for the 58 National Governing Bodies of Irish sport, excluding the bulk of funding that goes to the big three – the GAA, FAI, and IRFU (who get the money under different criteria).

Of this €36 million, €9.4 million was set to go directly into the 21 high-performance programmes aimed at preparing and getting as many Irish athletes to Tokyo as possible. Another €2.43 million went into the carding scheme for 2020, which will directly fund 116 individual athletes, 24 of which received the maximum podium amount of €40,000.

On top of that there was €820,000 for the high-performance operations of the Olympic Federation of Ireland (OFI) and Paralympics Ireland, plus another €975,000 for special project funding towards 2020. It was also estimated the cost of getting the Irish team to Tokyo and back will come in at €2.5 million.