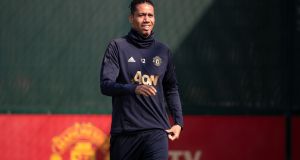 Leading Premier League stars have backed a 24-hour social media boycott in protest at an escalation of incidents of racial abuse online.

The campaign launched by the Professional Footballers’ Association will urge players to stay off social media from 9am on Friday morning after posting the hashtag #Enough.

The PFA say it is intended as a show of solidarity with players who have been targeted, as well as a demand to social media organisations and the game’s authorities that more needs to be done.

Simone Pound, Head of Equalities at the PFA, said: “Football has the power to do so much good in the world. We must always try to use the sport’s popularity and influence to make positive change.

“Over the last few months we have seen a rise in appalling instances of racist abuse at grounds around the world, and on social media. We cannot stand by while too little is done to address this unacceptable behaviour.

“The PFA has always been at the forefront of tackling racism and we are reaffirming our commitment to all of our members. We will do all we can to put an end to the abuse players face on the pitch and online.”

Manchester United defender Chris Smalling has given his strong backing to the campaign after he was abused on Twitter after his side’s Champions League defeat in Barcelona this week.

Smalling said: “Throughout my career I have developed a thick skin against verbal abuse, justifying it as just ‘part of the game’ but the time has come for Twitter, Instagram and Facebook to consider regulating their channels, taking responsibility for protecting the mental health of users regardless of age, race, sex or income.

“I understand that I am in an extremely privileged position and I am deeply thankful for that but, at the end of the day, we are all human.

“As a patron of a youth education charity it is my duty to use my platform as a voice for all, regardless of background. We have to take a greater stand against discrimination of all kinds.”

Concern is mounting over racism in football after a spate of attacks on players both on social media and in and around stadiums.

England’s black players were subjected to repeated chants during their Euro 2020 qualifier in Montenegro last month, while Tottenham defender Danny Rose revealed recently he has “had enough” and “can’t wait” to quit the game.

Rose said: “When I said that I can’t wait to see the back of football, it is because of the racism that I, and many other players, have been subjected to our entire careers.

“Football has a problem with racism.

“I don’t want any future players to go through what I’ve been through in my career.

“Collectively, we are simply not willing to stand by while too little is done by football authorities and social media companies to protect players from this disgusting abuse.”

1 Waterford turn Kilkenny upside down and inside out
2 Jim McGuinness: There is a way to save championship and make it competitive
3 Ireland’s work-ons: Four things Andy Farrell needs to address
4 Sordid murder of hurling brothers still resonates in south Galway
5 Waterford’s frenzied waves of attacks too much for Kilkenny
Real news has value SUBSCRIBE
Crossword Get access to over 6,000 interactive crosswords