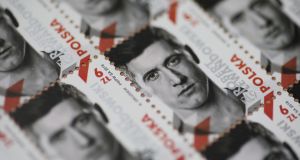 Group H is arguably the hardest to predict at this summer’s tournament, with all four sides looking relatively well-matched. Apart from Japan, each team have a sprinkling of stars and one standout player - Senegal have Sadio Mane, Colombia can call on James Rodriguez and Poland’s hopes rest with his Bayern Munich team mate Robert Lewandowski. And it is the Polish striker who could ultimately decide which teams progress into the knockout stages - he is one of the world’s truly elite centre-forwards, and arrives in Russia on the back of another fine season which saw him score 46 goals in all competitions. The 29-year-old has a very healthy return of 55 goals in 95 international appearances - including 16 in 10 during qualification - and this World Cup will see him at his peak. However, while his goal scoring is impressive he doesn’t neccesarily have that ability to bend a game to his will all by himself à la Cristiano Ronaldo - meaning he will need quality service in order to flourish. If his Poland teammates can comply, expect them to progress into the knockout stages for the first time since 1982.

Two Napoli team mates are set to clash on Tuesday - Poland’s Piotr Zielinski (24) and Senegal centre-half Kalidou Koulibaly (26). Zielinski made his Poland debut in 2013 and has been a regular since 2016, and scored in his side’s 2-2 draw with Chile on June 8th. An attacking midfielder, Zielinski is good at taking the ball on the turn and driving into space, and has the vision and ability to ensure Lewandowski is well supported and supplied. Koulibaly turns 27 on Wednesday so isn’t necessarily a young prospect any more - but his performances for Napoli this season were those of a defender who has now matured into a serious player and is set to enjoy his peak years. Mane might grab the headlines for Senegal but in Koulibaly they have the defensive rock on which a successful campaign can be built.

Vahid Halilhodzic’s reward for guiding Japan to the World Cup? He was handed his p45, with his direct style and controversial squad selections - as well as a string of poor results - ultimatley proving his downfall after a choppy three years in charge. He was replaced by Akira Nishino in April, with the new man expected to return the Samurai Blue back to their passing roots. This is Japan’s sixth-consecutive World Cup appearance, but Nishino has a job on his hands if his side are to emulate their best performances in 2002 and 2010 by reaching the last-16.

Tuesday sees the side at the tournament with the highest GDP - Japan - play the nation with the lowest - Senegal. Japan lead the way with a healthy $4.87 trillion, while the Africans come bottom of the 32 sides in Russia with $0.016 trillion. Despite this mismatch, expect the latter to fare better this summer.

1 Stirling and Balbirnie tee off to tee up another famous Ireland win over England
2 Joe Bryan’s extra-time double sends Fulham back to Premier League bright lights
3 Different Strokes: Bryson DeChambeau’s rules debates doing him no favours
4 Sporting Cathedrals: Cheltenham reveals all about the wonder of racing
5 The running life of Shane Healy, Ireland’s most daring Olympian
Real news has value SUBSCRIBE
Crossword Get access to over 6,000 interactive crosswords