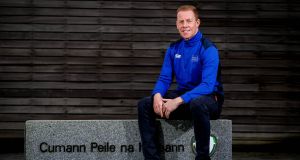 A new way for Irish football supporters to assess whether they are glass half-full or half-empty types might be to consider which fact they find more striking; that 100 or so students who play in colleges competitions here each year are attached to League of Ireland clubs or that 50 or so professional players at Irish clubs here have only a Junior Cert to fall back on in terms of qualifications.

Clubs around the country certainly point to their links with third-level institutions as evidence of a more progressive attitude to player development but critics contend that there is a long way still to go. The obvious link between going to England in your teens and finishing school here early also means that it has often been our very young players who have been left least well equipped for life after football.

British clubs are obliged to provide opportunities for their young players with most actually joining as what are termed “scholars”. Most, though, are consigned to courses that few here rate seriously. Generally speaking, the clubs’ priorities are clear.

“Parents get blindsided by academy staff, particularly when it comes to education,” says Dr Vincent O’Flaherty, a former FAI child welfare officer who now works with Rugby Players’ Ireland. “People are promised the sun, moon and stars but in my experience the clubs simply don’t deliver. It’s a tick box exercise for them. The players don’t really learn anything and they don’t bring any qualification home that they can actually use in Ireland.”

The most immediate impact is on those players, the vast majority, who are let go after their initial contract expires – usually two or three years – and discover that whatever meagre qualifications they have attained while trying to impress on the football field – are not actually recognised here.

Beyond that, though, O’Flaherty argues that even the players who have been successful are ill-equipped to move on to the next stage of their lives. And with a 2013 study in England suggesting that up to 60 per cent of top-flight players their declare bankruptcy within five years of hanging up their boots, the need is clear.

Conor Curran, in his book Irish Soccer Migrants, suggests that more than 60 per cent of retired players have traditionally sought to work within the game post retirement, but what option do they have when the opportunities to pursue a wider education are so generally limited.

“You get a guy coming home who has had a professional career in the Premier League in England but all he actually has is something like a BTEC in Sporting Excellence,” says Curran. “There is an IT Carlow soccer course here and they can’t even get into that course.

“You talk to parents and they ask you: ‘How can I stand in the way of my child pursuing his dreams?’ And as a parent myself, I completely understand where they are coming from but I think they lack the knowledge of the consequences of that action. I think if parents fully appreciated the reality of what happens a child going to England at 16, they would take a different view of the situation and their role in it.”

Like O’Flaherty, Stephen McGuinness at the Professional Footballers’ Association of Ireland, believes that the FAI should provide more formal support structures to players and their families, with advice both for those considering going away and returning. Eoin Hand previously fulfilled many of the functions before falling out with the previous regime and the current one is understood to be looking at ways in which a similar service could be reinstated.

In the meantime, a lot seems to come down to luck, how much interest a former club coach might take, although many mention the likes of Under-19 Ireland manager Tom Mohan as an important informal source of support.

There is certainly an urgent need information, suggests McGuinness, who mentions agents as well as education and contracts as areas in which guidance should be really offered so as protect the interests of young players.

“Parents end up being the ones making a lot of the big decisions in these situations,” he says, “but they have normally never played the game professionally or been involved at a high level. They don’t really understand the intricacies of it and they only usually get one chance at it because they only have one kid that plays.

“They talk to people who feed this idea that their son is going to be the next Beckham and the idea of them being a millionaire footballer overrides all of the other factors when they sit down to make a decision about the future of their kid.”

No player, McGuinness argues, should ever go away without a professional element to the deal he is offered and he believes strongly that British clubs haggling over compensation to schoolboy clubs or failing to offer packages to players that will leave them with something tangible to build on if things don’t work out, should set off very loud alarms bells.

“There needs to be a financial commitment to the player,” he says. “If you don’t see that then you have to ask yourself whether they really fancy him at all?”

Back at home, things are improving but there is clearly such a long way to go. Education and Training Board courses, like the one run by FAI coach Harry McCue in Cabra, help aspiring young players both straight from school and after initial spells in England. Brandon Payne and Colin McCabe, both previously mentioned in this series, both did the ETB course after returning home from Celtic and are now an apprentice electrician and accountancy student respectively.

“Motivation can be a problem at first,” says McCue. “They’ve been on good money, driving nice cars some of them, and they are often shattered to be told they need to sign on the dole. But once they get in the system, there is an opportunity to get going again and the exams they do here [Fetac level five] can get them into college.”

Clubs like Shelbourne, Cork City and Sligo Rovers have forged links with third-level institutions – DCU, UCC and Sligo IT respectively in their cases – but a broader system aimed at supporting elite athletes generally should be in place according to Patrick McGarty, a senior lecturer in Health and Social Sciences at Tralee IT.

“It’s not rocket science,” says McGarty who was involved in the establishment of a programme involving IT Blanchardstown, Shelbourne and Bohemians more than a decade ago. “It should be something that the departments of Sport and Education put in place between them, a system that allows elite athletes to pursue degrees in a structured way over longer periods of time. It would be a huge help to them and it could actually be cost neutral for the colleges involved.”

Beneath that, O’Flaherty believes, clubs here should be establishing relationships with second-level schools as they take on more responsibility, post Brexit, for developing the next generation of Irish players. He points to a kid from south Wicklow who might want to play for St Joseph’s Boys and Bray as needing his education to be properly catered for and, as it happens, the club says they are exploring just such a possibility as they look to improve their academy.

Shamrock Rovers have already taken some steps in this direction but Albert Suggs, a former Rangers and Southampton scout who has worked in schoolboy and university football here, points to the example of Germany. “I was in Leverkusen for a week. And the kids had two sessions of school and two sessions of training each day with everyone working together.

“If your results dipped below a certain level, you were put on the shelf for three months and it didn’t matter if you were the bee’s knees or an ordinary squad member, you were treated the same.

Obviously we have to cut our cloth here because resources are limited but we have to do more for our players here and we can certainly learn from other countries.”

This is the fifth article in a new series focusing on youth development in Ireland. You can read each part in The Irish Times and on irishtimes.com/sport every day this week.