Watford without a win and bottom of the Premier League 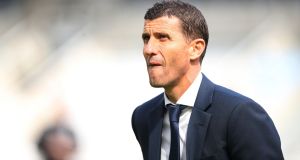 Quique Sanchez Flores has returned to Watford for a second spell as manager after Javi Gracia was sacked with the club bottom of the Premier League.

The Spaniard is the club’s 11th managerial change in just over eight years and his appointment was confirmed just 30 minutes after his compatriot’s departure had been announced.

Sanchez Flores, 54, previously guided the club to a comfortable mid-table finish during the 2015/16 season in the club’s first season back in the Premier League. His return was deemed necessary as the Hornets have managed to score just two goals in the current campaign and have not won in eight league matches — scoring just five times in that period — stretching back to April.

Gracia did guide the club to their first FA Cup final since 1984 but they were humiliated 6-0 by Manchester City, who equalled a 116-year record for the biggest victory in final history.

“Javi has represented Watford with great dignity and will always be deserving of our fullest respect for his achievements,” said chairman and chief executive Scott Duxbury. “Javi Gracia’s staff will also be leaving the club, ahead of the imminent appointment of a new coaching team.

“Everyone at the Hornets wishes Javi and his staff all the very best for the future, and they will always be welcome visitors in the future at Vicarage Road.”