Manchester City get back to winning ways 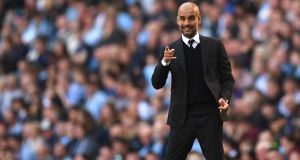 Manchester City ended a run of four Premier League games without a win by easing to a comfortable 3-1 victory over relegation-threatened Hull.

An own goal from Ahmed Elmohamady put the hosts ahead at the Etihad Stadium before Sergio Aguero and Fabian Delph secured three important points in the race for Champions League qualification.

Hull, who had gone into the game with confidence after successive victories, were outplayed but managed a late consolation when City’s recalled goalkeeper Claudio Bravo allowed an Andrea Ranocchia shot to slip through his grasp.

Until then it had been a quiet return for the Chilean, who was dropped in January after a series of poor performances and conceding six goals from six shots faced in back-to-back games against Everton and Tottenham.

Again, Hull’s goal came from their only shot on target. The criticism of the 33-year-old will continue although the keeper could claim his view was obscured by John Stones.

But that was the only downside after a positive display from Pep Guardiola’s team. Hull were well beaten but they at least remain outside the bottom three.

City had Hull on the back foot from the start and Eldin Jakupovic made a fine double save from David Silva and Leroy Sane in the opening minutes.

The hosts continued to control possession but initially lacked urgency as Sane shot over, Aguero fired wide and Delph twice missed the target from distance.

Yaya Toure also curled an effort over and had a free-kick palmed away by Jakupovic.

Hull were starved of the ball but did make some inroads when they had it, particularly targeting the left flank where winger Jesus Navas had again been deployed at right-back by Guardiola.

Kamil Grosicki and Andrew Robertson made some good runs but carved out no notable chances and their side feel behind when a deep Navas cross was missed by Aguero but inadvertently turned in by Elmohamady.

Hull almost snatched an immediate equaliser when the ball fell to Oumar Niasse in the area but the on-loan Everton forward mis-kicked in front of goal.

The home side could have added to their lead before the break as Silva, making his 300th appearance for the club, volleyed over and Sterling had another effort blocked.

Their second came after the break as a fine passing move from one end of the field to the other culminated with Sterling weaving through the defence and pulling back for Aguero to force home.

It was the Argentinian’s 28th goal of the season and his 10th in his last 10 games.

Sterling almost created another in similar fashion moments later as Michael Dawson turned a cross towards his own goal but this time Jakupovic got back to save.

The third was not long in coming, however, with Sterling once again troubling the Hull defence with some trickery on the right. Delph applied the finish with a powerful left-foot shot from the edge of the area.

They then eased off and Hull pulled one back five minutes from time when Ranocchia’s tame shot squirmed past Bravo.