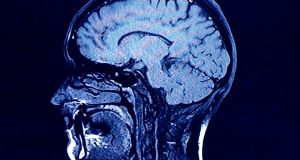 “If sub-concussive blows are the problem then there are big implications for the way the game is played. All games.”

A study of rugby playing teenagers has discovered sub-concussive blows can cause brain injury.

Trinity College research group, led by Dr Colin Doherty, a neurologist based in St James’s Hospital, revealed the damage suffered despite every player examined being free of concussion symptoms.

“Concussion itself may just be the tip of the iceberg,” said Dr Doherty. “The most contentious issue is that sub-concussive blows seem to be the main problem. If that turns out to be true it has massive implications for the rules of the game.”

The experiment took place over the course of last season on students from a Dublin secondary school and eight members of an under-20 university squad.

“If it is just about getting a concussed guy off the field and putting him through the protocols and getting him back on the pitch in one, two or three weeks then everything is fine,” continued Dr Doherty. “There is no need for any further research. But if sub-concussive blows are the problem then there are big implications for the way the game is played. All games. We would be lackadaisical if we just focus on rugby. Look at GAA and the athletic strides made in the past decade.”

The research, which has been submitted for medical journal publication, will be presented by Dr Doherty at the national concussion symposium in Croke Park tomorrow.

“If the development of long term problems is due to multiple sub-concussive hits to the brain then the concussion recognition protocols are useless. I would argue people who come off with concussion are protected from long-term problems. People with no symptoms are those who may be in trouble.”

Dr Doherty will reveal evidence showing abnormalities in brain function from the tested players, in some cases two hours after playing a rugby match.

“I am not saying people are permanently damaged from sub-concussive blows but after 10-12 years playing rugby at the elite level what does that do to you in the long term?

“Every organ in the body has blood supply that transfers nutrients,” Dr Doherty explained. “So, for instance, the liver has a very leaky blood barrier because the liver likes to metabolise things, to make sure most poisons are taken out of the system early. When you swallow a pill the first place it usually goes is the liver to make sure it is not a poison. In order to do that it has to leak across from the blood into the organ and then whatever the liver wants you to have it gives back.

“The brain is much more picky what it lets in. Think of it this way; the liver has a mesh of wires stopping certain things but the holes in the mesh are fairly big. In the brain these holes are very small. Most large molecules are not let through. Water is let through but at a very regulated rate.

“When you have a dysfunction of the barrier things start to leak into the brain, lots of water, thick molecules.

“With clear head injuries we can see this. The brain swells up and the patient dies. One treatment for severe brain swelling is to take off a portion of the skull, leave it off for a few weeks and let the brain swell out. It is quiet a dramatic thing and of course that is dangerous for lots of reasons, infection and all that, so it is rarely done.

“The point is, and our hypothesis is, this leakiness is happening even in minor sub-concussive blows. In order to see it you need a very sophisticated set of examinations.”

For this research to continue the Trinity project requires additional funding to what it already received from St James’s Hospital Foundation.

“If you were very interested in the answer to this question people or organisations would be funding the research. You would be seeking out our research group. That is not happening.”

Has there been any dialogue with the IRFU?

“We had some early on. I would say it went reasonably positive and we were told it would go through the various layers of the medical committee but we heard nothing since.

“At the Dr Omalu talk in RCSI, [the IRFU medical chief] Dr Rod McLoughlin was asked about IRFU research . . . they looked at what we had to offer and said it wasn’t for them. Which is fair enough. It was pointed out that they are involved with several research institutions.

“The GAA have their collaboration with UPMC [University of Pittsburgh Medical Centre].”

UPMC are world leaders in concussion research and treatment. Mickey Collins, the executive director of their sport medicine concussion programme, is the keynote speaker in Croke Park.