Pro14 to become ‘pre-eminent league in the world’ 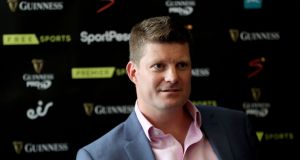 The decision to host the 2018-19 Guinness Pro14 final in Celtic Park, known also as Paradise, reflects a vision by the tournament organisers to make the Pro14 “the pre-eminent [rugby] league in the world,” according to Dominic McKay, chief operating officer of the SRU and a Pro14 board director.

This target was also “absolutely” achievable within the next five years, according to the Pro14 chief executive Martin Anayi. “A lot of the metrics are already there, in terms of the competition on the pitch,” he maintained, as well as “off the pitch commercially” when set against the Top 14 and English Premiership.

“It just felt like the right time to take the final out of Dublin where we had two really successful years with the championship final, to a new market,” said Anayi, especially as the chance to play the final in Celtic Park was “too good an opportunity to turn down”.

Nonetheless, this choice will present plenty of logistical difficulties, not least as it will clash with the Scottish FA Cup final, which last season was again won by Celtic, on the same day in Glasgow, at Hampden Park.

“We’ve worked with the city and the police and they’re really happy with the two events being in two separate parts of the city, and I believe the kick-off for the [football] cup final will be earlier in the day,” said Anayi, albeit pending confirmation, “and our kick-off will be around 5.30 or six o’clock, so there’ll be time in between. We’re working very closely with the organising committee, the police and the council to make sure it goes off without any hitch.”

Furthermore, the dimensions of Celtic Park are more confined for a rugby pitch than a designated rugby stadium. McKay acknowledged this would make the pitch tight, but added: “We’ve been discussing with Celtic for some time the possibility of hosting a rugby event at Celtic Park. It will be a brilliant atmosphere because the way in which the stadium is configured means that the supporters will be very close to the action.”

McKay admitted that filling a 60,000 capacity will represent “a challenge”, and Anayi quipped that “a Glasgow-Leinster final would not be the worst thing in the world.” But while the in-goal area is likely to be very short, Amayi stressed that the pitch dimensions “will be within World Rugby regulations.”

Anayi strongly hinted that Cardiff’s Principality Stadium would soon host a final, as might Rome and Cape Town in years to come.

Due to the advent of a new Major League competition in the US, the Pro14’s expressed expansionist eye on America has, Anayi admitted, dimmed a little. “It hasn’t gone off the agenda completely, it’s just pivoted in a different direction.” Furthermore, he conceded that: “It’s less likely as a result of the [Pro14] South African expansion.”

To that end, the Southern Kings on Monday confirmed the advent of a new investment group and a new name, Isuzu Southern Kings, along with the signing of 10 new players “overnight”.

As a further aside, McKay maintained the SRU had “a brilliant relationship with the IRFU”, despite the Scots backing the French 2023 World Cup bid and the IRFU, in tandem with Ulster, poaching Dan McFarland from Scotland.

“I speak to Philip Browne regularly and his colleagues. Rugby is a competitive market. Coaches move, players move; it’s part and parcel of it. So no, we’ve super respect for the guys at IRFU and we wish Dan every success. He was brilliant for Scotland. We’re really sorry to see him go but we wish him every success across in Ulster.”

Dundalk fight back to earn a point but lose more ground 20:55
Caldwell’s 66 leaves him three off the lead at Celtic Classic 20:43
Bad light frustrates England as Pakistan hold out 19:31
Wilson holds nerve in tense last frame to reach Crucible final 19:23
Shane Lowry right in the mix at Wyndham after brilliant 63 17:48
Here is your handy guide to sport on television this week