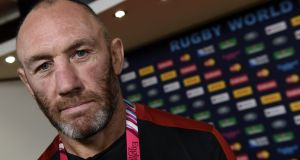 Warren Gatland insists Robin McBryde’s upcoming move to Leinster is a huge boost to Irish rugby and a massive blow for Wales.

McBryde will take over from Ireland-bound John Fogarty as Leinster assistant coach at the conclusion of this year’s World Cup after 13 years in charge of Wales’ forwards.

“From my point of view I think it’s disappointing for Wales. He’s been involved in Welsh rugby for 13 years and it’s an IP (intellectual property) that all of a sudden has left Wales and gone over to probably our closest rivals.

“They have access now to all the knowledge he’s gained over the last 13 years with Wales. He’s got a lot of knowledge about players, game-plans, structures, and how things are done.

“From that point of view it’s disappointing, but from a personal point of view for him having an opportunity and having a job lined up post Rugby World Cup is great.”

McBryde was first appointed Wales forwards guru by Gareth Jenkins in 2006 but was retained when Gatland took the reins in late 2007. Despite coming in for criticism from sections of the Welsh public, McBryde has overseen one of the most successful periods in Welsh rugby history winning three Six Nations Grand Slams and a Championship.

The former Scarlets hooker, who won 37 caps for Wales and toured with the British & Irish Lions to Australia in 2001, also took charge of Wales’ unbeaten tour of the Pacific Islands in 2017.

And Gatland is confident he will be a valuable asset to reigning European champions Leinster.

He said: “Robin has been a great servant to Wales as a player and a coach and I have a huge amount of respect for him in terms of his integrity, his professionalism, and how hard he works in his role. It has been a concern with regards some of our coaches what they were going to do after the World Cup.

“It’s a pretty hard time to finish your current role mid-season so for him to pick something up is great and hopefully the same opportunity will come around for Rob Howley as well.”