Two provinces have dominated Women’s Interprovincial Championship since its inception in 2001, with Munster winning 13 titles to Leinster’s four 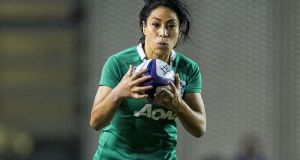 This season Women’s Interprovincial Championship has been switched from its customary slot in December to September, and so kicks off the women’s rugby season this Friday evening when Leinster host Ulster in Blackrock, with Munster facing Connacht in Musgrave Park on Saturday afternoon.

Leinster failed to retain the title they won in 2016 when edged out on points’ difference on the final weekend last season after Munster, needing to beat them by six points, won 11-5 at Thomond Park. These two have dominated the championship since its inception in 2001, with Munster winning 13 titles to Leinster’s four, although Connacht finished only a point behind the pair after also winning two games last season.

Ben Armstrong has taken over at Leinster after Adam Griggs switch to the Irish Women’s team, and having initially selected a squad of 37 players has trimmed that down to 30, with ten new players and Sene Naoupu the new  captain.

“Sene is just a natural leader,” said Armstrong. “She’s been one of the better players for Ireland and both Leinster and Connacht when she was there. We just felt the girls will follow Sene through her actions as well as her deeds.”

Save for a couple of full-contact trials, the Leinster women’s team have had no preparatory games. While the interpros should benefit from the switch to better early season conditions, not having played any club rugby, Armstrong admitted there will be a degree of rustiness.

“One of the big things in sport is momentum and we need to get off to a good start. Certainly we’re expecting a little bit of rustiness, but the way the girls are training we’ve decided to keep it simple, but to be brutally simple, which is one of our words we’ve put on the dressing room and we’ll take on with us through the campaign. So we’re not looking to over complicate things, but certainly looking for accuracy in what we do.”

After missing out so narrowly last season, vice captain Aoife McDermott admitted only regaining the title would satisfy the Leinster squad. “We’ve been together now for eight weeks training solidly, and that’s our focus; to come away with three wins out of three, and we’re really excited about the possibility of getting our first one on Friday night.”