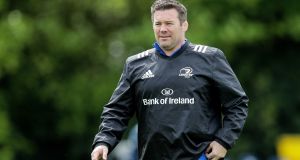 John Fogarty will be part of the Lions coaching set-up in 2021. Photograph: Laszlo Geczo/Inpho

The appointment of the 42-year-old former hooker, who replaces Greg Feek in Andy Farrell’s national camp this season, shows that Gatland has instantly switched his focus to beating the Springboks in two years time.

“There is some unfinished business,” said the 56-year-old Kiwi earlier this year.

Fogarty, who played for Munster, Connacht and Leinster in a 10-year career that included one cap for Ireland, against New Zealand in 2010, has been a Leinster assistant coach since 2015.

Gatland returns home to work with the Waikato Chiefs after Friday’s third place play-off against the All Blacks ends a 12-year association with Wales.