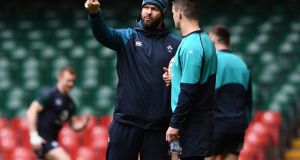 Ireland will welcome Scotland to Dublin in their opening Six Nations game on February 1st next year following the release of the fixtures for the 2020 tournament.

Andy Farrell will take charge of his first game as Ireland head coach against opponents who Ireland will also face at the World Cup in Japan before meeting Grand Slam champions Wales the following week.

Wales claimed the third Grand Slam of Gatland’s reign by routing Ireland in Cardiff on Saturday and will enter the World Cup as Europe’s standard bearers.

Ireland will meet England in Twickenham on February 23rd before taking on italy in Dublin two weeks later.

The campaign will conclude with the usual ‘Super Saturday’ on March 14th with Ireland up last against France in Paris with an 8pm kick-off.

For Wales the beginning of their Grand Slam defence will be against Italy at the Principality Stadium in what will be Wayne Pivac’s first game.