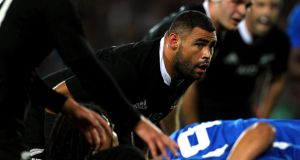 Former rugby players in New Zealand are being asked to donate their brains to research when they die as part of a study aimed at learning about the long-term effects of concussion and head injuries from contact sports.

The Centre for Brain Research (CBR) at the University of Auckland launched the initiative on Friday and said it was seeking athletes from sports like rugby, soccer and boxing to donate their brains even if they had not experienced concussion.

Head injuries are a major concern for New Zealand sports and health authorities with more than 20 per cent of all brain injuries in the country sustained through contact sports.

Last year more than 9,000 reported concussions in New Zealand were in people aged under 19.

“Adding a sports injury aspect to its existing research platform is a significant step for the CBR and promises to deepen our understanding of the impact sports injuries have on the brain,” the centre said in a statement.

Research has also shown that CTE, a degenerative disease linked to repeated concussions and hits to the head, has been discovered in the brains of contact sport athletes who experienced repetitive brain trauma, the CBR added.

CTE currently can only be formally diagnosed by studying the brain during an autopsy, making doctors unable to confirm it in living patients.

“With a large focus on contact sports in our culture, it’s important that New Zealand is part of this global conversation,” neuroscientist Richard Faull, who leads the CBR, said in the statement.

The NFL has faced lawsuits from multiple former players over the league’s past handling of concussions and care for ailing retired players.

Several high-profile rugby players, including one Test All Blacks James Broadhurst and Ben Afeaki, and former Wallabies prop Toby Smith, have in recent years been forced to retire early due to concussion symptoms.

Afeaki said on Friday he would donate his brain once he died.

As did former Junior All Blacks and Waikato provincial player John ‘JJ’ Williams, who attended the launch in Auckland and has said he had been provisionally diagnosed with CTE.

“I had a reunion the other day and didn’t know any of the people until they introduced themselves,” Williams told Radio New Zealand.

“I am not the only one and there’s a lot of people, a lot of blokes that played rugby, wondering what’s going on.”