Contract future still unclear for many of Ireland’s rugby pros 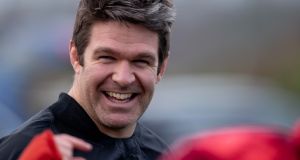 Billy Holland is among the provincial players yet to discover his contract fate. Photograph: Morgan Treacy/Inpho

The vast majority of the estimated 90 or so players out of contract across the four provinces at the end of the season have still to be resolved, amid an ongoing mixture of satisfaction and disappointment over the new deals which have been offered.

All contracts have been of one or two years’ duration, with the latter said to include covid-related clauses at the halfway stage. With the provincial budgets down by an estimated 10-15 per cent across the board, accordingly most contract offers have been reduced, with a few exceptions.

The expectation is that Furlong and Henderson, and possibly Stander, have been offered two-year extensions, with the others one-year contracts, for the moment at any rate. None are over the line yet, but some should be before the Six Nations starts.

In these times, timing is everything, witness James Ryan and Jacob Stockdale signing three-year deals at the beginning of 2020 to take them through to the end of the 2022-23 season.

This is the first seasonal round of negotiations in 25 years of professionalism that wages have contracted rather than increased, and with budgets similarly affected in England and France, where Top 14 clubs have been encouraged to reduce their quota of imported players.

By all accounts Ulster, who have around 22 players out of contract in July 2021, have been quicker out of the blocks and have been holding generally positive talks with their players and representatives.

Accordingly they backed up the announcement that a quartet of players had agreed new deals on Monday, namely Robert Baloucoune, Luke Marshall, Alan O’Connor and Aaron Sexton, with confirmation on Tuesday that another four, John Andrew, Kieran Treadwell, Andrew Warwick and Nathan Doak, had committed their immediate future to the province.

Ulster are expected to announce several more players have agreed new extensions by the end of the week, including Ian Madigan.

In addition to their trio of centrally contracted players, it is believed that Leinster have at least 18 players out of contract at the end of the current season whom they want to re-sign, including the international quartet of Rónan Kelleher, Dan Leavy, Jack Conan and Dave Kearney. One imagines that Hugo Keenan, one of the success stories of the season, will be one of the few offered a pay increase.

However, Leinster prefer to wait until all deals are signed before announcing them en bloc and there is optimism within the province that all 18 will have new deals confirmed around the middle of February.

Connacht have only begun discussions this week. Apparently most of their frontline forwards are out of contract at the end of the season, such as Denis Buckley, Dave Heffernan, Shane Delahunt, Finlay Bealham, Quinn Roux, Ultan Dillane, Gavin Thornbury, Paul Boyle, Conor Oliver, Eoghan Masterson and Abraham Papali’i, as well as Jack Carty, Stephen and Conor Fitzgerald, and John Porch, while Alex Wootton is on loan from Munster until the end of the season. The good news is that Andy Friend is to extend his stay.

As for Munster, who are trimming their squad from 45 to 44, James Cronin, Niall Scannell, Rory Scannell, Rhys Marshall, Billy Holland, Fineen Wycherley, Tommy O’Donnell, Jack O’Donoghue, Neil Cronin, Nick McCarthy, JJ Hanrahan, Calvin Nash, Darren Sweetnam and Mike Haley are among the 25 or so players whose contracts are understood to expire next summer.

Some have agreed new contracts but Holland, for whom this may be his last season, is not one of them.

“I haven’t made a decision yet. “We’ve a break after this match,” said Holland in reference to Saturday’s Pro14 game away to Benetton, “and I’m constantly thinking about it. ‘What do I want to do?’ I’m not getting any younger but I’m enjoying my rugby, I’m playing well, I want to be involved in the big games on the big days and when that’s no longer happening I’ll have to think long and hard about it.”

“Over the next month or so I’ll be sitting down and speaking to the bosses here and with my family at home and seeing what’s best for me and what’s best for Munster. But yeah there’s a lot of crazy contract stuff at the moment. It’s a tough time for guys.”

Holland confirmed that contract talks have been a topic of discussion among the players, as is surely the case in each province.

“We are very open about it in terms of the stresses and strains. There’s guys playing at the weekend and they’ve been told ‘we don’t know if there’s something there for you’. That’s a difficult place to be.

“You can just be there to listen to fellas and help them but my situation is so different. I’m 35, my career certainly isn’t behind me but I’m at the far end of my career, so there’s no point in me saying to a 25-year-old ‘ah, you’ll be grand’, because that may not be true.

“I know that Munster want to keep the squad we have but financially it might be a different situation. It’s just tough on guys, it really is.”

Forwards coach Graham Rowntree empathises with the players. “I remember those times as a player. You’ve got to put everything in context, not let things get on top of you but Johann (van Graan) is in constant dialogue with these guys; a very open and warm character that he is and he’s vital in this.

“I fully back what he’s doing but the guys, I’m not feeling any of that anxiety in terms of what they’re doing day to day. They certainly seem to be keeping control of it nicely at the moment.”