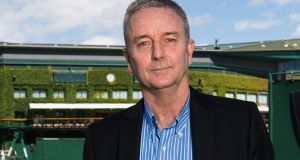 Dave Miley’s complaint against Tennis Ireland in relation to their CEO selection process was upheld by the WRC. It found the governing body had discriminated against him. Photograph: Rod Leon

Tennis Ireland has written a letter to all of its clubs stating that their recruitment process to select a chief executive was “detailed, rigorous and fair”.

Dave Miley, a coach who formerly worked with the International Tennis Federation (ITF), took a case against Tennis Ireland to the Workplace Relations Commission (WRC) where his complaint was upheld and Tennis Ireland were found to have discriminated against him. Mr Miley was awarded €6,500 by the WRC.

The letter did not indicate whether Tennis Ireland were going to engage in an appeals process, which would be heard in public, but did go on to say that the Tennis Ireland board rejected the claim and reiterated their support for the selected CEO Richard Fahey.

The WRC case was not about Mr Fahey or his suitability as a CEO, but specifically the process carried out by the governing body to make the selection.

The letter from Tennis Ireland chairman David Barber states: “You will recall that an unsuccessful candidate David Miley took a case to the Workplace Relations Commission (WRC) claiming discrimination in the process, a view that was also the subject of a campaign of comment in both social and mainstream media by some people supporting his claim. The Board of Tennis Ireland completely rejects that claim.”

Mr Miley, attending Wimbledon this week and now working with Universal Tennis Rating, pointed out that it is no longer a claim but a finding against Tennis Ireland following an extensive legal process conducted in the WRC.

The Tennis Ireland letter continued: “Submissions were made by both parties to the WRC in early April. On Thursday 7th July last, we were advised that a WRC adjudicator had found in favour of the claimant Mr Miley.

“That decision is clearly one with which we strongly disagree with but it would be wrong to comment in detail on the adjudication until the board has considered and reviewed the written decision in full.”

Mr Miley has already called for the board of Tennis Ireland to resign. The full judgment of the hearing has not yet been made available to the public but has been seen by The Irish Times.

Mr Miley, in oral evidence, noted that his interview notes had been marked by a board member with the word “mature”, which he believed to be a direct reference to his age. The Tennis Ireland board disputed that mature had a negative connotation.

The final appointment was made by a seven-person Tennis Ireland subcommittee but without, according to the WRC ruling, “the person from Sports Ireland who had previously sat on the interview board”.

The adjudication went on to say chosen criteria were applied inconsistently and that “both candidates had qualifications and experience which enabled them to meet the respondent’s stated priorities but the complainant was significantly better qualified and had all the professional experience needed”.