Tennis Ireland found to have discriminated in CEO appointment

WRC find that Tennis Ireland discriminated on the grounds of age 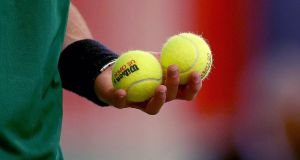 A case taken against Tennis Ireland regarding the appointment of its chief executive has been upheld by the Workplace Relations Commission (WRC).

The WRC adjudication officer found in a ruling on Thursday that Tennis Ireland discriminated on the grounds of age contrary to employment equality law.

On foot of the finding an award of compensation has been made. The WRC have the capacity to award compensation to injured parties up to a maximum of €13,000.

In what is seen as a damaging outcome for Tennis Ireland, the WRC upheld a complaint made by Dave Miley, a former national tennis champion and an experienced coach.

Miley stepped down from his role as Director of Development at the International Tennis Federation towards the end of last year, and had hoped to be appointed as chief executive following the retirement of former chief executive Des Allen.

However, following a lengthy interview process, Tennis Ireland chose former FAI executive Richard Fahey for the top job and at the end of last year Mr Miley referred his grievance to the WRC.

His contention was that the selection process carried out by board members of Tennis Ireland was flawed and that insufficient weight was given to his 24 years of experience in the sport.

Sport Ireland also appointed a representative to the interview process.

The WRC hearing was held in camera. However, if Tennis Ireland decides it is going to appeal the finding, which is its right, it will be held in public.

In December of 2016 Mr Miley complained the recruitment process lacked transparency and issued a statement.

He said at the time: “I am disappointed with the recruitment and selection process undertaken by Tennis Ireland. As a candidate, I decided to request transparency of the judging process as it pertained to the three interviews I attended. “

A spokesperson for Sport Ireland said: “We are not aware of the details yet and until such time as we are, we are not in a position to make a comment.”

The WRC is an adjudication Service that investigates disputes, grievances and claims that individuals or small groups of workers make under employment legislation.