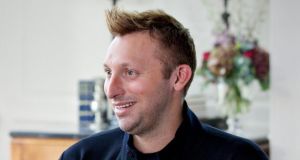 Australian swimmer Ian Thorpe, whose five-medal performance at the 2000 Olympics in Sydney captivated his country, has revealed in an Australian television interview that he is gay.

Thorpe, a two-time Olympian and a nine-time Olympic medalist, made the acknowledgment in an interview with Michael Parkinson, with whom he shares a manager, to be broadcast tonight.

Thorpe (31), a public figure since he burst onto the international scene at the 1997 Pan Pacific Championships as a 14-year-old, has been treated recently for depression and alcohol abuse.

In recent years, Thorpe has reportedly had financial setbacks.

In his memoir, “This Is Me,” published in 2012, Thorpe addressed his depression, which dates to his teens, and denied longstanding rumours that he was gay, writing that he dated only women and hoped to marry and have children.

In 2011, Thorpe tried a comeback with an eye toward competing in the 2012 London Olympics, but he failed to make the finals at the Australian trials. He is scheduled to work as a commentator at the Commonwealth Games, which begin this month in Scotland.

In 2000, the athletes with a front-row seat for Thorpe’s superstar turn included Michael Phelps, then the youngest male competitor on the US Olympic swim team.

Watching Thorpe’s ambitious programme planted a seed in Phelps’ mind that bloomed in 2008, when he won a record eight gold medals at the Beijing Olympics.

At the 2004 Athens Games, Phelps won six gold medals but said his most satisfying finish had been his bronze medal in the 200-metre freestyle, a race won by Thorpe, because Phelps had relished the chance to race against him.

As news spread about Thorpe’s interview, many people took to Twitter to offer their support, including Jason Collins, who made headlines last year when he became the first active NBA player to reveal that he is gay.