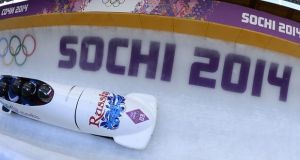 Twenty-eight Russian athletes have had their Olympic doping bans overturned, plunging the International Olympic Committee’s policy on Russian doping into chaos a week before the 2018 Winter Games begin in Pyeongchang.

In a dramatic development on Thursday morning, the court of arbitration for sport ruled that there was “insufficient” evidence that 28 Russians, including several medallists, had broken anti-doping rules at the 2014 Olympics in Sochi.

That decision means these athletes can keep their results from the 2014 Games and could in theory compete in Pyeongchang as part of the neutral Olympic Athlete of Russia team. However given the deadline for submissions for the Games has now passed, it is unclear whether those wanting to compete will be allowed in.

The IOC confirmed that because it had suspended the Russian Olympic Committee in December, Russian athletes could only participate with its permission. “The result of the Cas decision does not mean that athletes from the group of 28 will be invited to the Games,” it added. “Not being sanctioned does not automatically confer the privilege of an invitation.” Currently, 164 Russians are due to compete in Pyeongchang having passed the IOC’s “eligibility criteria”.

The case against Russia and its athletes was largely built on the testimony from the former head of the Moscow anti-doping laboratory Grigory Rodchenkov, who explained how he had given cocktails of banned steroids to athletes and swapped tainted samples for clean urine in Sochi on orders from Russian state sports officials.

His testimony was reinforced by thousands of documents and other whistleblowers and led to Russia’s Olympic Committee being banned from Pyeongchang in December for making what the IOC president Thomas Bach called an “unprecedented attack on the integrity of the Olympic Games and sport”.

However Cas has decided there was insufficient evidence to prove beyond doubt that the 28 athletes had committed an anti-doping rule violation – much to the IOC’s dismay, who warned the decision could have a serious impact on the fight against doping. “The IOC regrets very much that – according to the Cas press release – the panels did not take this proven existence of the systematic manipulation of the anti-doping system into consideration for the other 28 cases,” it said.

“Cas required an even higher threshold on the necessary evidence than the Oswald Commission and former Cas decisions. This may have a serious impact on the future fight against doping.”

The news was also greeted with frustration by Jim Walden, the lawyer for Rodchenkov, who remains in hiding after fleeing Russia in 2015. “Dr Rodchenkov testified fully and credibly at CAS,” he said. “His truth has been verified by forensic evidence, other whistleblowers, and, more recently, recovery of the Moscow lab’s secret database, showing thousands of dirty tests that were covered up.

“This panel’s unfortunate decision provides a very small measure of punishment for some athletes but a complete ‘get out of jail free card’ for most. Thus, the Cas decision only emboldens cheaters, makes it harder for clean athletes to win, and provides yet another ill-gotten gain for the corrupt Russian doping system generally, and Putin specifically.”

Cas did convict 11 Russians of anti-doping rule violations at the Sochi Games – although it reduced their life bans to a ban from the Pyeongchang Games alone. Among them were members of the medal-winning Russian four-man bobsleigh team, meaning that the GB team, which originally finished fifth, will be promoted into the bronze medal position.

ICas said it had “unanimously found that the evidence put forward by the IOC in relation to this matter did not have the same weight in each individual case.”

It added: “In 28 cases, the evidence collected was found to be insufficient to establish that an anti-doping rule violation was committed by the athletes concerned.” – Guardian service