Angling notes: Pike on the way out as minister takes stock

‘Management of predator species is an important element of ensuring the preservation of salmonid species,’ says minister Sean Kyne 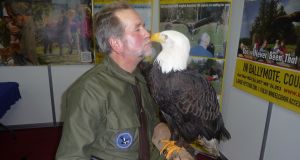 “Management of predator species is an important element of ensuring the preservation of salmonid species in these seven lakes which have long been recognised by IFI as prime wild brown trout fisheries,” the minister said.

Adding: “I want to commend IFI and the board on its plan ... which aims for the removal of almost 8,370 pike from the lakes, a significant increase on the objective of some 6,840 removals set for 2017.”

Details of the plan can be viewed at fisheriesireland.com and work is expected to commence immediately. Routine analysis of stomach contents will also be undertaken for research purposes.

Stock management operations are carried out in accordance with IFI’s pike and trout management policies under strict standard operating procedures. Policies and procedures can be viewed at fisheriesireland.ie.

S59 authorisation is required by clubs and organisations wishing to remove pike via angling competitions on managed trout fisheries.

IFI is currently reviewing its policy on the management of pike in designated wild brown trout fisheries and the 2018 plan is based on a continuation of operations in line with existing policies.

The minister also emphasised that management of the large limestone wild brown trout lakes is set out in policy and that stock management is prioritised in line with the special designation of these lakes.

“I have directed my department, working in tandem with IFI, to consider how this designation can be given statutory status as a matter of priority,” he concluded.

While the venue is already a recognised world class angling facility it is also utilised extensively by the local community. Situated in the beautiful Lee Valley, the Greenway enhances the local area to the visiting outdoor enthusiast.

The 2.8km linear park is a purpose-built off-road trail developed to provide a safe recreational facility for walkers, cyclists and anglers. Anglers can access the trail by signing for a key at O’Callaghan’s Bar in Coachford.

Ncffi’s Tommy Lawton, said: “The key to its success is the local community working with sponsors and partners to promote the venue. The Coachford Greenway is a direct source of benefit to the local economy which will now be enhanced with additional promotion available from www.irishtrails.ie.”

John McKenna, Community Safety Officer with Howth RNLI, said: “We would urge shore anglers, especially those who fish off rocks, to wear a lifejacket and carry a mobile phone in a waterproof case. Most people don’t realise that once a phone is charged they can call 112 for help, even if the phone has no SIM card and no credit. Anglers should always tell friends or family where you are going and when they expect to return home.”

If any angling, sailing or water sports club would like a member of the RNLI sea safety team to give a presentation and carry out a free lifejacket clinic, please contact John McKenna at csohowthlifeboatstation@gmail.com.

This month saw the sad passing of two stalwarts from within the world of Irish angling.

Professor Martin O’Grady was one of the most respected fisheries biologists of his time. Following a lifetime with the Central Fisheries Board and Inland Fisheries Ireland, it was here, as senior research officer that his main focus centred on the management of Ireland’s lake brown trout fisheries.

He had published many peer review scientific papers in this field including the excellent publication ‘Brown Trout in Ireland’ of which I received a treasured signed copy.

Martin travelled the country endeavouring to improve our understanding of wild brown trout. In this regard, he succeeded with flying colours. He will be greatly missed.

Sincere condolences to his wife Mary and family. May he rest in Peace.

Saint MacCullin’s Church, Lusk, Co Dublin was packed to capacity for the funeral of my sea angling friend, James Jones. The guard of honour by his uniformed international team was a fitting tribute to their esteemed colleague.

In an outstanding homily by his son Neil, we heard of his dad’s delight on joining the European Federation of Sea Anglers which brought him to many far-flung destinations including Mexico where he achieved his ultimate goal by winning the championships.

James was also an avid reader of The Irish Times. Indeed, he was cremated with the morning’s copy delivered to his house earlier.

Deepest sympathy is extended to his wife Catherine, his son Neil and daughter Elaine, and his extended family. RIP.