GAA weekend that was: Dublin’s seven-up lacks a little fizz 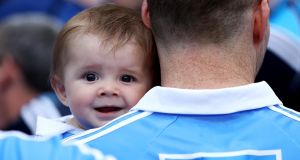 Dublin’s breaking of the record for Leinster titles attracted some attention even if it didn’t exactly leave the GAA world rapt at the achievement. Part of the issue here is that it was entirely expected and very much in keeping with the bookies’ handicap, which was nine on the button, and taken with the recent past, adds up to 12 provincial titles in 13 years.

Since the late Páidí Ó Sé sent out Westmeath to beat them in the 2004 Leinster quarter-final, Dublin have lost just one match in the province, to Meath in 2010.

Understandably, the country wasn’t agog with anticipation of the Dubs breaking the record.

But for Monaghan in 1938, Cavan would have recorded 15 consecutive Ulster championships.

Dublin obviously could argue that if they hadn’t been blitzed by Meath’s goal rush seven years ago that they could have strung together a 13-year sequence but the most plausible hard luck story is Kerry’s. They won a six-in-a-row in Munster from 1929 – the team whose unbeaten record in league and championship Dublin broke last March – and a seven-in-a-row from 1936 to ’42.

In the missing year, 1935, they weren’t beaten but in a dispute over the treatment of Republican prisoners held in the Curragh, refused to compete in the championship. Tipperary won Munster that year – for what turned out to be the last time, to date.

For what it’s worth the All-Ireland record of counties winning a seventh successive provincial title is mixed. On the three occasions Kerry have reached the mark, they have lost twice – both against Galway in an All-Ireland semi-final in 1942 and a final in 1964 – and won once, beating Mayo and Offaly in 1981.

Cavan in 1937 lost the All-Ireland final to Kerry.

There has also been comment on the changing faces of the Dublin team. Sunday’s line-up featured just two players starting a senior provincial final for the first time: Con O’Callaghan (who came on as a replacement last year against Westmeath) and Niall Scully.

But it is the comparison with the team that started the record run of Leinster titles back in 2011 that is most striking. It needs to be pointed out that between injury and suspension Dublin are short a number of experienced players – Michael Darragh Macauley, Paul Flynn, Jonny Cooper and Diarmuid Connolly – but comparing the 2011 and 2017 Leinster final teams shows that only two players started both matches.

Team captain Stephen Cluxton and Michael Fitzsimons were the first two names on the team-sheet for the match against Wexford six years ago and the only ones to start last Sunday as well.

All told, four of the 20 players used by Pat Gilroy were involved against Kildare at the weekend, as Bernard Brogan and Kevin McManamon both came off the bench.

It makes for an interesting comparison with Kerry, a county that has been visibly in transition in recent seasons, as Eamon Fitzmaurice replaces the highly decorated generation of the last decade.

His predecessor Jack O’Connor’s team for the 2011 Munster final against Cork actually shows more overlap with their recent provincial final than is the case with Dublin. Eight of the 20 who played six years ago, participated in this year’s provincial final at the beginning of the month and five of those started: Shane Enright, Anthony Maher, Donnchadh Walsh, Kieran Donaghy and James O’Donoghue.

Sunday also represented good news for the Leinster Council, who welcomed 66,734 through the turnstiles at Croke Park just a fortnight after drawing a record attendance for the provincial hurling final, 60,032.

The Dublin-Kildare crowd was the third highest since the economic crash, which is seen as the benchmark for comparing attendances, as Dublin’s Leinster finals from 2005 to 2008 were all attended by more than 80,000 spectators, whereas the average attendance since at the final has been 58,644 – including the one occasion on which Dublin were absent, the 2010 Meath-Louth pairing.

The last two years, which have seen Dublin play Westmeath, were marked by relatively poor turnouts – two of the three lowest crowds of the past 13 years (the other was for the 2011 final against Wexford) – of 38,885 and 47,890.

It also emphasises the importance of competitiveness in attracting crowds. The previous high points since 2008 were Dublin’s matches against Kildare in 2009 and Meath in 2012, both before the Jim Gavin era during which Dublin have failed just twice – once at the weekend – to win by double digits.