Grounds to reopen for non-contact training on June 29th 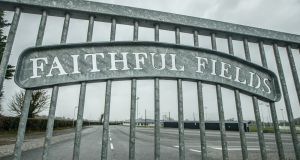 The GAA on Friday released its Safe Return to Gaelic Games plan for the weeks ahead. As anticipated it includes the return of matches for clubs on July 31st and counties no sooner than October 17th.

The intercounty format has yet to be announced but it is assumed given the tightness of the scheduling that the championships will be knockout.

It was emphasised by the GAA’s head of games administration Feargal McGill that counties were free to adopt whatever formats they wished. It was also stated that players had complete freedom to opt in or out of the return to play.

Training will recommence for all county teams on September 14th. A full schedule of fixtures will be finalised when the GAA moves to phase three on June 29th, at which point club grounds will be open for non-contact training. Phase two on Monday will see the opening of walking tracks in clubs, on a supervised basis.

There is also detailed guidance advice on return to activity protocols, including the filling in of questionnaires and temperature readings at each session. Players will also complete an online coronavirus education module. Anyone displaying symptoms or running a temperature over 37.5 degrees will have to return home.

Clubs will also appoint a Covid supervisor as well as provide a range of sanitising equipment. Players will travel to and from grounds on their own.

Although the stated restrictions are more severe than the Government’s accelerated relaxation programme, Horan said that the GAA had the option to be “more flexible” in their approach.

All the steps and target dates are dependent on the virus remaining under control and the association will be guided by public health directives.

Further guidance on numbers of spectators will be available on July 20th, phase four.

There will be no access to clubhouses until phase five, August 10th – a stage in the relaxation process that the Government abandoned in its revised roadmap. The GAA document has been agreed with the women’s organisations as well and they will follow the same protocols.