Sturgeon ups the ante with promise on independence vote 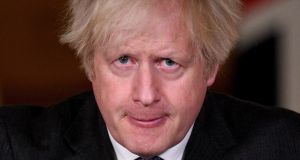 The Scottish National Party’s (SNP) promise to hold a second independence referendum with or without Boris Johnson’s approval has upped the stakes in the battle over Scotland’s future. It seeks to rob the British prime minister of the power to veto a referendum by refusing to grant a Section 30 order under the Scotland Act 1998.

The SNP published its 11-point route map to a second vote as a poll in the Sunday Times confirmed 19 others in recent months showing a clear and consistent majority for independence. The move has gone some way towards appeasing internal critics of Nicola Sturgeon’s cautious approach to independence but it leaves many questions unanswered.

The plan stresses that an SNP government re-elected after next May’s Scottish Parliament elections will hold a referendum that “must be beyond legal challenge to ensure legitimacy and acceptance at home and abroad”. Since the devolution settlement requires a Section 30 order from Westminster to authorise the Scottish government to hold a referendum, doing so without such an order would not be beyond legal challenge.

Martin Keatings, a pro-independence activist, has taken a case to Scotland’s court of session arguing that the Scottish Parliament has the power to legislate for a second referendum without Westminster’s permission. And some legal experts believe that any attempt by Johnson to block a referendum after a clear SNP victory next May would be in breach of the principle of self-determination in international law.

Scottish Conservative leader Douglas Ross told a right-wing think tank in London on Monday that he would urge a boycott of any referendum without a Section 30 order. But Sturgeon could have other options apart from a legally binding referendum, including an advisory vote or a plebiscite on starting negotiations towards independence.

The first minister will wish to avoid any echoes of the 2019 Catalan independence referendum, not least because of her ambition to lead an independent Scotland back into the EU. But the two cases are very different, notably because the Spanish constitution explicitly prohibits secession but also because a heavy-handed response like Madrid’s would be unthinkable in Britain.

Johnson’s government is working on a response to rising support for Scottish independence that includes a new “Union unit” in the cabinet office led by former Vote Leave operative Oliver Lewis. Lewis, who was part of Britain’s negotiating team with the EU, was the brains behind the plan to break international law by reneging on the withdrawal agreement with the Internal Market Bill.

The Sun reported on Monday that Johnson plans to visit Scotland himself this week, a trip that past form suggests will offer a further fillip to the cause of independence.

*Scotland’s first minister and leader of the Scottish National Party Nicola Sturgeon will talk to Irish Times columnist Fintan O’Toole about Brexit, Scottish independence and the state of the union on Thursday evening, as part of The Irish Times Winter Nights festival. For tickets, go to irishtimes.com/winternights

5:39 Everyday banking: Are we getting less but paying more?