British Prime Minister Theresa May will find a way to get her Brexit deal approved by the British parliament, Foreign Secretary Jeremy Hunt said on Wednesday (January 2) during a visit to Singapore. 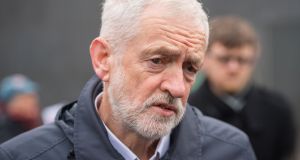 Jeremy Corbyn says his priority is to vote down Theresa May’s Brexit deal and secure a new deal with the EU, a day after it was revealed an overwhelming majority of party members want the British Labour leader to back a second referendum.

Mr Corbyn said Labour’s Brexit policy was “sequential” and suggested no decision could be made about backing a second referendum until parliament voted down the deal on offer. MPs are expected to hold the delayed vote on the deal in the second week of January.

The Labour leader said Mrs May should return to Brussels to find a deal Labour could support once her version was voted down, including a full customs union.

“What we will do is vote against having no deal, we’ll vote against Theresa May’s deal; at that point she should go back to Brussels and say this is not acceptable to Britain and renegotiate a customs union, form a customs union with the European Union to secure trade,” he said.

A study of Labour members found 72 per cent believe their leader should back a second referendum. The research, part of the Party Members Project led by Prof Tim Bale of Queen Mary University of London, found that while Labour members still strongly supported their leader overall, they appeared to be sceptical about his reasons for refusing to support a referendum.

The party’s policy is that there is a priority to force a general election and only afterwards a second referendum could be considered. Mr Corbyn and several of his closest allies have been both publicly and privately sceptical of the policy and the Labour leader has said the party would pursue a Brexit deal even if it won a snap general election.

“The issue of another referendum was of course one of the options, but that was very much after the votes have taken place in parliament,” Mr Corbyn said on Wednesday.

MPs are due to return to the debate on Mrs May’s negotiated withdrawal agreement after they return to Parliament next Monday.

Mrs May has said she is seeking further legal reassurances from EU leaders about the permanence of the backstop agreement, which would keep the whole UK in an single customs territory with the EU until both sides agree on an alternative solution to prevent a hard border in Northern Ireland.

Foreign secretary Jeremy Hunt, who is in Singapore, said Mrs May would find a way to get her Brexit deal approved by parliament

“When Theresa May comes back with those reassurances that she has been seeking from the EU that the deal that is on the table is not going to lead to us being permanently trapped in the customs union ... she will find a way to get this deal through parliament,” Mr Hunt said during a question-and-answer session following a speech in Singapore.

Asked about the prospect of holding a second referendum on the deal, Mr Hunt said that would be damaging to democracy and the social consequences of not leaving the EU would be “devastating”. – Guardian