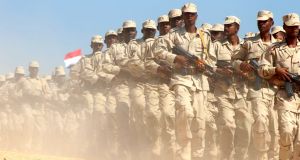 Yemen’s separatists have abandoned self-rule, agreed to implement a stalled peace deal with the Saudi-sponsored government, and acceded to joining forces with its military in the conflict with Houthi rebels.

Yemen’s government spokesman has expressed hope that this would be a “serious and true start” to the implementation of the deal.

UN envoy Martin Griffiths has welcomed the development an “important step” in the effort to resolve the Yemen conflict.

Saudi foreign minister prince Faisal bin Farhan also called it a “positive step” and said it will enable the government to restore services to the city of Aden, where control has been disputed by the separatists, and revive the southern economy.

Under the Riyadh agreement, drafted by the Saudis last November, the Southern Transitional Council has been compelled to renounce its cherished goal of securing autonomy and secession for the south, which united with the north in 1990.

The council has also pledged to honour a ceasefire with government forces, withdraw to positions held before clashes erupted, and merge its fighters with government units. The deal provides for the appointment within 30 days of a new technocratic government of 24 ministers, half from the south, half exiles from the Houthi-controlled north.

Council spokesman Nizar Haitham acknowledged on Twitter that the decision to abide by the Riyadh agreement had been taken under pressure not only from Saudi Arabia but also the separatists’ ally, the United Arab Emirates (UAE).

This development could heal a rift between Saudi Arabia and the UAE, which has used the separatists to achieve its objective of securing control of Yemen’s strategic Gulf of Aden ports.

The Saudis seek to defeat the Houthis and reunite Yemen under the government of Riyadh-based president Abed Rabbo Mansour Hadi, who was expelled from Yemen’s capital Sanaa in 2014 by the Houthis.

The separatists’ capitulation coincides with Houthi offensives against government forces in a stalemated conflict which has killed more than 100,000 Yemenis and devastated the poorest country in the region.

Before the advent of Covid-19 more than 130,000 Yemenis had died from disease and malnutrition while millions had been displaced. Since April 10th, when the first coronavirus infection was identified, there have been more than 1,700 confirmed cases and 490 deaths.

Half of Yemen’s poorly equipped and ill-maintained hospitals have been destroyed or damaged during the war while medical staff have not been paid for months. Tests, medicine, protective gear, and oxygen needed by those with breathing problems are in short supply.

“Yemenis in general do not seek treatment in hospitals. There are rumours about the quality of care. They prefer to stay at home and self-medicate and rely on pharmacies,” he said. As a result beds allocated to triage [diagnosis] and treatment of moderate cases are empty while the few intensive care beds available are nearly always filled.