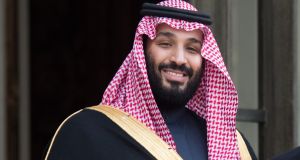 Saudi Arabia’s failure to secure membership of the UN human rights council is a rebuke to Crown Prince Mohammed bin Salman, a social reformer who is a major human rights abuser.

Russia and China were both elected to the council last week for the next three years, but Saudi Arabia failed in its attempt to win a place. It was the only candidate to do so.

Rights violators Russia and Cuba were elected unopposed after backroom dealing among the UN’s 193 members.

Saudi Arabia had launched a major public relations campaign to burnish its image ahead of next month’s G20 summit in Riyadh. However, the kingdom’s lingering image is of dissident journalist Jamal Khashoggi walking into the Saudi Istanbul consulate to meet his executioners.

Widespread demands for accountability for his murder resulted in a covert trial where five of his murderers were sentenced to 20 years in prison and three accomplices to shorter terms.

Rights lawyer Sarah Leah Whitson stated, “It is telling just how badly [the crown prince] has damaged his country’s global standing for Saudi to lose its election to the UN human rights council while China and Russia managed to win seats.” Whitson is director of Democracy for the Arab World Now, an organisation founded by Khashoggi.

Since bin Salman became de facto ruler of Saudi Arabia in early 2015, he has eased social restrictions, reopened cinemas and promoted economic reforms, but he has also waged a devastating war in Yemen, violating the laws of war. He has jailed conservative and liberal clerics and detained hundreds of Saudi businessmen and royals charged with corruption, and extracted billions of dollars for the kingdom’s coffers.

To become crown prince he mounted a palace coup against and “disappeared” his cousin, Mohammed bin Nayef, ahead of him in line to the throne. Other senior princes have been arrested. Last week 45 military officers, contractors, and public servants accused of profiteering and embezzlement were arrested and $160 million (€136 million) in assets seized.

Bin Salman has imprisoned more than a dozen women activists who had been working to end discrimination against women. While Riyadh granted women the right to drive in 2018, among the detainees are those who campaigned for this right, including high profile Loujain Hathloul, who is alleged to have been tortured and threatened with rape. Amnesty International has called on Riyadh to free imprisoned women ahead of the virtual G20 women’s summit taking place in the coming days.

The number of Saudi executions rose to 184 in 2019, a record number for the kingdom. Although the death penalty for offences committed by minors has been overturned and executions for non-violent crimes have been suspended since February, there has been no legislation on this issue.