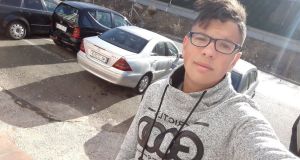 Illiass Tahiri was 18 when he died in the Tierras de Oria centre for minors in Almería in July 2019.

The case of a young Moroccan who died while staff were strapping him to a bed in a young offenders’ centre in southern Spain has brought the country’s treatment of vulnerable youngsters under scrutiny.

Illiass Tahiri was 18 when he died in the Tierras de Oria centre for minors in Almería in July 2019. An investigating judge shelved the case after finding that he had suffered “a violent accidental death” after being restrained by staff in the centre.

However, footage of the moments leading up to Tahiri’s death, recorded by security cameras and published by El País newspaper, has cast doubt on the official version of events.

The video shows him being dragged into a room with his hands cuffed behind his back. The cuffs are then removed and six men strap his hands and feet onto a bed, as he is forced to lie face down, even though he appears not to be offering any resistance throughout. On two occasions, one of the men tying the teenager down kneels on his back.

This footage appears to contradict the testimony of the government’s supervisor of the migrant centre, who said in a report used in the investigation into the death that Tahiri had used “extreme violence” while being restrained.

The civil guard’s report into the death found that the centre’s staff had followed protocol “correctly” and the judge overseeing the case consequently shelved it, finding no wrongdoing.

Tahiri was originally from the Moroccan city of Tétouan but his family had settled in southern Spain. He had already had spells in several centres for young offenders and had been diagnosed with psychological problems. He was facing legal proceedings for threatening a psychologist.

Tahiri’s death has reopened debate about the use of force to restrain inmates, known as “mechanical containment”. Although such methods are legal in Spain, the Council of Europe’s Committee for the Prevention of Torture (CPT) warned against their use, on both ethical and safety grounds, after a delegation visited Tierras de Oria and another juvenile centre in 2016.

“In the CPT’s opinion, the use of means of restraint under these circumstances may amount to inhuman and degrading treatment,” the delegation said in a report, which stated that mechanical restraint had been used 24 times in the centre during a nine-month period.

Another youngster, Mamadou Berry, died in apparently similar circumstances in a centre for minors in the Spanish city of Melilla in North Africa, in 2017.

Earlier this year a scandal erupted in the Balearic Islands, where it emerged that young girls living in homes for minors were being forced into prostitution.

“It is difficult for a modern society like Spain to tolerate this kind of situation,” said the ombudsman, Francisco Fernández Marugán, of the Tahiri case.

The family of Tahiri is now appealing for the legal investigation to be reopened. In the meantime, some are comparing this case with that of George Floyd, the African-American who was killed by a white police officer in Minneapolis last month.

“The guy they killed in America – it’s the same, the same,” Tahiri’s brother, Mounaim, told Público newspaper. “I suffocate just thinking about it.”