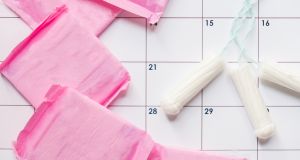 A survey found in New Zealand found about one in 12 students reported skipping school as they couldn’t afford period products. Photograph: iStock

Girls in New Zealand high schools will no longer have to pay for sanitary products after the government announced it would foot the bill in an attempt to stamp out widespread period poverty.

Prime minister Jacinda Ardern said sanitary supplies for a monthly period were not a luxury, but a necessity and too many girls were skipping school because they weren’t able to afford pads and tampons.

Schools in deprived areas also reported girls being forced to use toilet paper, newspaper and rags in an attempt to manage their period.

Fifteen Waikato schools - identified as those most in need - will have access to free products from term three of this year, with the programme going nationwide on an opt-in basis by 2021.

“We know that nearly 95,000 nine-to-18-year-olds may stay at home during their periods due to not being able to afford period products,” Ardern said. “By making them freely available, we support these young people to continue learning at school.”

The Labour coalition government aims to halve child poverty in a decade, and Ms Ardern said while that task had been made more complex by the implications of Covid-19, it was important to invest in programmes that would make an “immediate difference” to the lives of deprived girls around the country.

“This is another important initiative that sits alongside our work to reduce child poverty and hardship, including the $5.5bn Families Package, free lunches in schools, cheaper visits to the doctors, stopping schools asking for donations, and lifting benefits,” Ms Ardern said.

Julie Anne Genter, the minister for women, said the cost of sanitary products could be “prohibitive” for some families and could result in monthly school absences for children and girls who couldn’t afford them and weren’t able to manage their period hygienically at school.

“Menstruation is a fact of life for half the population and access to these products is a necessity, not a luxury,” Ms Genter said.

Findings from the Youth19 Survey found 12 per cent of year 9 to 13 students who menstruate reported difficulty accessing sanitary products, while about one in 12 students reported skipping school as they couldn’t afford products.