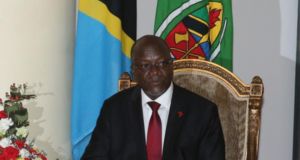 Campaigners have given a cautious welcome to comments from Tanzania’s government that disown a plan by the administrator of the country’s biggest city to hunt down and punish members of the gay community.

The regional commissioner for Dar es Salaam, Paul Makonda, last week called on Tanzanians to report gay people living in the city, saying that a specially convened team would start rounding up gays and lesbians from Monday.

A few days later – following an international outcry – the foreign affairs ministry issued a statement “to inform the public that those sentiments are individual and do not reflect the government position”.

It added: “[The government] will continue to respect all international agreements on human rights that have been signed and ratified.”

Local and international campaigners welcomed the government’s statement, while expressing concern for the long-term safety of the gay community in Tanzania. “The statement will provide cold comfort to LGBT people in Tanzania if the authorities continue to subject them to arbitrary arrests and discrimination,” said Neela Ghoshal, senior LGBT rights researcher at Human Rights Watch.

Angelo Denzel, an activist working with LGBT people in Dar es Salaam, said the statement was useful but that the future for the gay community remained uncertain. “There is still a lot of fear and anxiety because no one knows what it is going to happen next,” he said. “The government needs to come with another statement to clarify the way forward.”

The threat against LGBT people was the latest in a series of controversial policies and public statements made by president John Magufuli and members of his administration, since he came to power in 2015. Last year Mr Magufuli told a political rally that girls who became pregnant should not be allowed to return to school. In September, he railed against contraception and said there was no need for birth control if people work hard enough to feed their children.

Mr Magufuli, nicknamed “the bulldozer”, has attacked corruption and foreign investment while restricting government criticism. The government has banned some opposition rallies, shut down news organisations and jailed activists.

In February, two opposition politicians were sentenced to five months in prison for insulting the president. On Friday, opposition leader and parliamentarian, Zitto Kabwe, was charged with sedition after he said clashes between police and the local population had left more than 100 people dead in the district of Kigoma in the west of the country.

The various clampdowns have rattled foreign investors, some of which have also been targeted. Last year Tanzania banned exports of gold concentrate and slapped London-listed producer Acacia Mining with a $190bn tax bill. That penalty is being negotiated down but in the past month two current and one former Acacia employees were arrested by the government’s anti-corruption authority.

The different actions have strained Tanzania’s relationships with foreign governments. The EU said on Monday it had recalled its ambassador to review its relationship with Mr Magufuli’s government. “The EU regrets the deterioration of the human rights and rule of law situation in the country,” it said. – Copyright The Financial Times Limited 2018