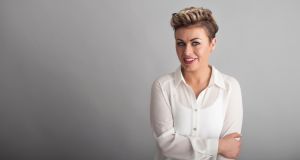 Mortician Elizabeth Oakes: ‘I saw the concept of aquamation and realised that this was the future for funerals in Ireland.’

A Meath mortician is planning to open the first Irish facility to offer eco-friendly cremations – using water rather than flames.

Elizabeth Oakes (32) is currently in talks with planning departments to open the “aquamation centre” which will offer a water-based cremation.

Ms Oakes, who says she is the only person to hold a degree in mortuary science in Ireland, says she has been inundated with queries since she first mooted the idea.

“I was at a trade fair in the US when I saw the concept of aquamation and realised that this was the future for funerals in Ireland,” she said.

“Aquamation is eco-friendly and uses 95 per cent water mixed with 5 per cent alkaline solution.

“The alkaline, when mixed with water, naturally heats up and dissolves the body skin, tissue and muscle, leaving only the bones behind.

“The bones are then processed in a cremulator and people get 30 per cent more of their loved ones back, as the smaller bones tend to totally disintegrate in traditional flame cremation.”

In addition, Ms Oakes says artificial limbs are unharmed and can be recycled after the aquamation process. “Any prosthetic hips or knees aren’t affected by the process so can be recycled and reused.”

Aquamation is also good news for the environment, as “there are less CO2 emissions and vaporising of mercury from mouth fillings”.

“It has 17 times less impact on the environment than flame cremation, but the costs don’t differ.”

“I’ve noticed that as a predominately Catholic country, many people think of flames and automatically think of the devil and hell, whereas water is more calming and gentler to the person.”

Ms Oakes, who obtained her degree in the US, is in discussion about a possible location for the aquamation crematorium along the Meath/Dublin border and hopes to be able to offer the service next year.

The concept has led to a nomination in Ireland’s Young Entrepreneur awards in the coming weeks.

Almost 28,000 people die in Ireland every year, with funerals by traditional methods costing more than €4,000 on average, including embalming, church costs and the hearse. In general, burial costs a little more than cremation.

The cost of opening an existing grave in a Dublin cemetery is between €700-€1,020. A cremation can cost between €510 and €630, but costs can rise if the bereaved opt to place ashes in a cemetery’s garden of remembrance, or columbarium.