To survive, trade unions must adapt to needs of young people – IFUT 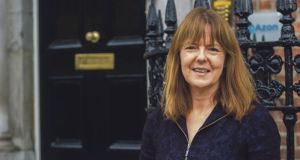 Joan Donegan said membership of Irish Federation of University Teachers continued to grow as the organisation gave priority to focusing on the issue of precarious employment in higher education.

Trade unions must adapt to meet the needs of young people in order to survive, the head of the organisation representing university teachers has said.

Joan Donegan, general secretary of the Irish Federation of University Teachers (IFUT), told its annual conference at the weekend that young people had grown up largely in the generation where union membership was “simply not the norm”.

“As we discuss strategy for the 2020s, it is important to acknowledge that, overall, trade union membership numbers are declining sharply.

“OECD figures suggest Ireland’s union membership figures dropped to between 23 per cent and 27 per cent in 2016, depending on the data used, from 36 per cent in 2010.

“The reasons are complicated, but we can hardly argue that the men and women who fought for trade union rights in the 19th century had it easy,” she said.

Ms Donegan said IFUT’s membership continued to grow. She said one reason for this was that the organisation gave priority to focusing on the issue of precarious employment in higher education.

She said many of the people who the union supported felt isolated, alone and in fear of unemployment.

“The key is to focus on those workers whose very marginalisation keeps them out of union membership. Information is so poor that we do not even know how many staff are precariously employed in our universities.

“They might as well be statistically redacted from society.”

She said trade unions must speak and “more importantly, listen to these workers in their language, not in the often very, very staid language of the branch committee meeting or minutes”.

“We must learn again to respond quickly to the immediate and real needs of real people, whenever, however and wherever they arise,” she said.

Ms Donegan said trade unions also must learn to work together better. She said this was an area where the umbrella body for the trade union movement in Ireland, the Irish Congress of Trade Unions, could play an effective role.

Trade unions needed “ to recognise and celebrate our victories better”, she said.