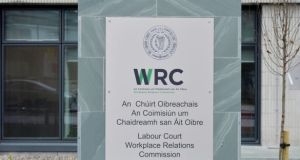 The WRC was satisfied on the evidence of the complainant that the landlord’s son subjected the woman to a hostile and intimidating environment and called her offensive names which constituted harassment within the meaning of Section 11 of the Equal Status Act.

In ordering the landlord to pay the money to the mother of two, Workplace Relations Commission (WRC) adjudication officer, Marian Duffy found the woman was discriminated against on grounds of her race.

The woman had made a complaint under the Equal Status Act.

In evidence at the WRC hearing, the tenant recalled that on February 12th 2018, the landlord’s son, ‘Mr A’ blocked her car in a car park where she had parked to take her children to a playground and started yelling at her.

The woman alleged that ‘Mr A’ then blocked the driveway to her home and she could not enter the property. She alleged he blocked her way for about 20 minutes and then started yelling profanities at her and called her a “black c**t” and a “black bitch”.

The mother said that she felt threatened and feared for the safety of herself and her children and reported the incident to the gardaí. ‘Mr A’ was living next door to her.

She had, she said, a very cordial relationship with ‘Mr A’ for the first six to seven months of her tenancy but everything changed after her application for rent supplement to the landlord.

She rented the house for herself, her husband, two children and her mother around May 8th 2017, she said.

She stated that towards the end of 2017, it was necessary for her to apply for rent supplement as her husband lost his job.

The tenant stated that after she received the notice to quit the property, she and her family were subjected to intimidating and hostile treatment from the landlord’s son, who was the point of contact.

The landlord stated that the application for rent supplement did not influence the decision to terminate the lease and denied any discrimination.

He stated that the decision to terminate the lease was based on their rent payment record over the previous six months when they were in arrears on a number of occasions.

The landlord pointed out that the tenant was not evicted and remained in the tenancy until May 2018.

In her findings however, Ms Duffy said she was satisfied on the evidence of the complainant that ‘Mr A’ subjected the woman to a hostile “and an intimidating environment and called her offensive names which constitutes harassment” within the meaning of Section 11 of the Equal Status Act.

Ms Duffy found that the offensive names the mother was called referred to her colour and therefore constituted harassment on the ground of race.

Ms Duffy also found the complainant established that she was treated less favourably than another person who did not require rent supplement would have been treated.

She found the tenant had established a prima facie case of discriminatory treatment on housing assistance grounds which the landlord had failed to rebut.

‘Mr A’ did not give evidence at the hearing and counsel for the landlord stated that any issues the complainant had with the landlord’s son were irrelevant as he was not a party to the proceedings.

Ms Duffy pointed out that €15,000 is the maximum she can award under the relevant section of the Equal Status Act. She said the €12,000 award for the discriminatory treatment and harassment was appropriate arising from the serious nature of the abuse and harassment on the race ground as the mother believed it put the safety of herself and her family at risk.