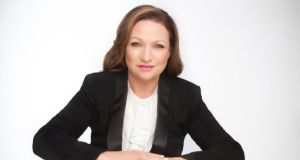 Norah Casey wondered why women who might want a symposium on such themes had not organised one themselves.

Well-known Catholic Irish women were not invited to speak at the World Meeting of Families women’s symposium by organiser Norah Casey because her “personal expertise is not in that area”.

“My radar was not on the Catholic Church, ” the broadcaster and entrepreneur said, of preparing the symposium. She will co-chair the “Voices of Impact: Women Leaders Shaping Global Change” symposium on August 25th with US business executive Susan Ann Davis.

Ms Casey invited women such as former presidents Mary Robinson and Mary McAleese, Minister for Culture Josepha Madigan, and anti-abortion Fianna Fáil TD Mary Butler to a “Voices of Impact” dinner the previous evening, as part of the symposium.

Recently Ms Casey sent invitations to “every single female politician” in the Oireachtas to the dinner as well as to male politicians with responsibilities related to symposium themes. Also invited were some of Ireland’s leading businesswomen.

Preparing for papal visit to the Phoenix Park VIEW NOW

I have no expertise in matters to do with women in the Catholic Church. My expertise is not in that area

The speakers, Ms Casey felt, were “role models for young women”. When she was growing up “there were no businesswomen on the planet. I would have liked to have gone more global [in terms of speakers] but I didn’t have the funding,” she said.

Pressed on why the list did not include more Irish women who are outspoken on Catholic Church issues she repeated, “I have no expertise in matters to do with women in the Catholic Church. My expertise is not in that area.”

However, she herself believes there should be women priests and that priests should be allowed marry, but she has “never met a woman who wanted to be a priest in my entire life”.

Next Monday at 6pm, Trinity’s school of religion will host a Wijngaards Institute discussion on “Voices Pope Francis Will Not Hear” with Catholic theologians and campaigners not included at the World Meeting of the Families.

Topics discussed will include marginalisation of women in the church, vilification of LGBT Catholics, the silencing of priests/theologians, contraception, abuse scandals, and abortion.