Prelature founded in Spain has 94,000 members, one-third of which are celibate laity 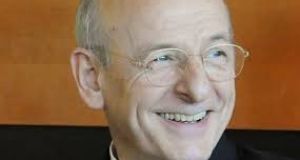 Born in Paris in October 1944, to a Spanish family exiled in France due to the civil war, Msgr Ocáriz is the youngest of eight children.

Founded in 1928, Opus Dei was given Catholic Church approval by Pope Pius XII in 1950. Membership worldwide is currently estimated at about 94,000, of which more than 2,000 are priests. A further 2,000 are diocesan priest members of its Priestly Society of the Holy Cross.

The great majority of members are laity, of whom almost a third are celibate and live in Opus Dei centres, many also university residences.

It is unique in the Catholic Church in being designated a personal prelature, defined by a chosen spiritual path rather than geography.

Regarded as a particularly conservative force within the church, it was designated a personal prelature by St John Paul II in 1982.

Its prelate is elected by members and confirmed by the pope.

It came to Ireland in 1947, one of its first residences was the Nullamore University Centre at Dartry, Dublin. Its opening in 1954 was attended by then taoiseach John A Costello, then leader of the opposition Éamon de Valera, then president of UCD Prof Michael Tierney, then lord mayor of Dublin Alfie Byrne, and then Catholic archbishop of Dublin John Charles McQuaid.

Its only parish in Dublin is at Merrion Road across from St Vincent’s University Hospital.