Irish gay Catholic priest to be honoured by President Higgins 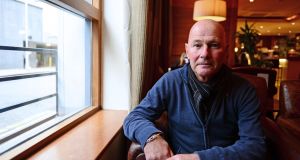 In February 2017, Fr Lynch and his husband, Billy Desmond, were guests of Mr Higgins at a private audience in Áras an Uachtaráin following their marriage in Co Clare the previous month.

Fr Lynch, born in Ennis, Co Clare, joined the Society of African Missions in 1965. He was ordained in 1971 and is best known for his work with Aids victims in New York and for coming out as a gay priest.

He has doctorates in counselling, psychology and theology and was for 15 years theological consultant with Dignity, the lesbian, gay, bisexual and transgender Catholic group. In 1982 he founded Aids/HIV Ministry of Dignity New York.

For over 10 years he was a member of the mayor of New York’s voluntary task force on HIV/AIDS, and was the only Catholic priest to testify before the City Council for the successful passage of civil rights legislation for the LGBT community in 1986.

Now a psychotherapist in London, he is still a priest but lost membership of the Society of African Missions in 2011. In a 2012 interview with The Irish Times he said this was due primarily to his involvement with lesbian, gay, transgender and bisexual issues and openness about his marriage to Mr Desmond. He believed the decision was precipitated by his involvement in protests during Pope Benedict XVI’s visit to the UK in 2010.