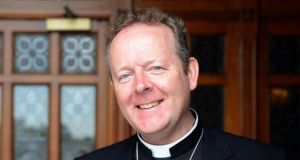 The Catholic bishops have issued an urgent appeal for help in dealing with the famine situation in east Africa where 25 million people face starvation.

Severe drought is currently affecting Kenya, South Sudan, Somalia and Ethiopia, leading to failed harvests and death of livestock. The situation has been exacerbated by wars in South Sudan and Somalia.

The bishops have announced that special collections will take place at all Masses across Ireland over the weekend of July 22nd/23rd to fund Trócaire’s work for people affected by the crisis. Trócaire is the overseas development agency of the Catholic Church in Ireland.

Catholic primate Archbishop Eamon Martin described the situation in east Africa as “critical” and urged support for the collections.

In Dublin Archbishop Diarmuid Martin said in a letter to priests and parishioners he had no doubt the people of the archdiocese would “support this appeal with compassion and generosity.”.