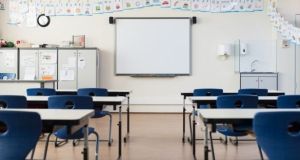 Schools may be breaching children’s constitutional rights by putting them on “reduced timetables” and, when doing so with Traveller children, violating equality legislation, a group of Oireachtas members has warned.

With most schools set to return after summer holidays this week, the Traveller cross-party Oireachtas group has called on Minister for Education Joe McHugh to “accelerate an inspection of the practice” and to legislate to regulate it.

Putting a child on a reduced timetable entails the school telling parents or guardians that their child may only attend for a reduced period each day, sometimes for an hour or less. The child will be marked “present” and so their absence for some, or most, of the school day is not recorded. Nor is it reported to the Department of Education, or to Tusla, the child and family agency which oversees school attendance.

As the practice is neither reported nor recorded, it remains unclear how widespread it is, though concern is increasing that it is mostly used among children already disadvantaged in the education system, including Travellers, children with special educational needs and children from poorer backgrounds.

Some schools put children on a reduced timetable in an effort to manage behavioural issues or in cases where they do not have resources to meet the needs of certain pupils.

Organisations including Barnardos, the Irish Traveller Movement, Inclusion Ireland and autism advocacy charity AsIam, say that not only does the practice damage a child’s educational prospects, it also affects their social skills and self-esteem as they are removed from their school friends.

The issue is under examination by the Oireachtas education committee, which published an interim report in July warning that schools were imposing reduced timetables in a way that “may not be solely child centred”.

It called on the department to audit how widespread reduced timetables were and to direct that they be used in only exceptional circumstances, for time-limited periods, only with parents’ or guardians’ consent and that schools be directed to record and report when and why they are being used.

Legislation was also needed, said the report, “to clarify the practice” and provide a complaints process for parents or guardians unhappy with its use.

Co-convenors of the Traveller cross-party group, Senator Colette Kelleher and Jan O’Sullivan TD, described as “troubling” the failure of the department and Tusla to monitor reduced timetable use.

“We encourage the Minister to expedite an audit and address the recommendations of the joint committee to ensure Travellers currently enrolled in schools and those entering the system will not be subject to the misuse of this practice,” the group said. “Where is it occurring it implies a breach of Department of Education guidelines and where it discriminates against Travellers it contravenes the Equal Status Acts.”

Separately, parents of school children and on low-incomes are reminded to apply for the back-to-school clothing and footwear allowance. Minister for Social Protection Regina Doherty said more than 130,000 families had received it since July, benefitting 239,230 children.

“I would urge anybody who has not yet applied to check their eligibility,” she said.