No-deal Brexit: 12 ways you could be affected

From wages to roaming charges, a no-deal will involve very significant disruption 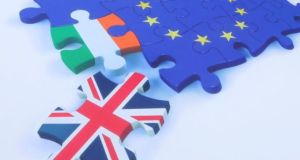 The spectre of a chaotic, no-deal Brexit in October has been catapulted to the forefront of the Irish Government’s planning as a result of the Conservative Party leadership contest in the UK. While the Government’s position was that they did not expect the government led by Theresa May to crash out, the same clearly cannot be said of the next British government. Both candidates to lead it, Boris Johnson and Jeremy Hunt (Johnson is the overwhelming favourite) have said they will leave on October 31st if there is no renegotiation of the withdrawal agreement - something the EU and the Irish Government have repeatedly ruled out.

On Tuesday, the Cabinet will consider plans to intensify Irish preparations for a no-deal outcome. While the EU has said that it will take unilateral, sector-by-sector action to protect itself - such as measures to allow British planes to stay flying to EU airports - huge uncertainty remains. Perhaps the biggest uncertainty is on the Irish Border, where both sides have set out positions which are inherently contradictory. The EU has said it will have no hard border, but will protect the single market, while the UK has said it will leave the single market and customs union but will not have any hardening of the Border.

How these positions can be reconciled is unclear. But what is clear is that a no-deal Brexit will involve very significant economic disruption. Here are some of the ways it will affect you:

The economy would grow more slowly

“The UK is deeply integrated with the European Union and its decision to exit from this trading block has no parallels in modern history,” the ESRI noted in a detailed survey of the economic literature on the economic effects on a no deal Brexit. Overall, it expects that if the EU leaves without a deal, the size of the economy would be five per cent smaller than it would otherwise have been. If that seems manageable - and it is over the longterm - it still involves billions of euros less in tax receipts and spending on public services. There would be an immediate hit to consumer confidence, slowing spending in all sorts of areas, thus slowing the economy further. Even if this technically wasn’t a recession, it would feel like one.

Paschal Donohoe has suggested the Government would not introduce an emergency budget to take account of a no-deal Brexit, but the economic effects would inevitably be felt on budgetary policy in the years ahead. In simple terms, giveaways like major tax cuts would almost certainly be off the table, while spending increases in areas like health and social welfare would be in question. Pressure would also be felt on capital budgets, as they are politically the easiest thing to cut when the Government finds its finances under pressure.

The return of tariffs

If the UK leaves without a deal, its membership of the single market and the customs union will end. That means that tariffs will be due on goods entering the EU from the UK, and vice versa. Standard World Trade Organisation tariffs can be as high as 50 per cent on beef, for example - having a disastrous effect on Irish exports to the UK. In addition, there would be an explosion of bureaucracy required to administer cross-Border trade. Businesses which export to the UK have been urged to register with customs authorities, but many have so far failed to do so.

It’s not just tariffs, though. Checks on product standards for goods entering the EU single market will also be required, and these are especially onerous on food products. Trade in food products between the EU and the UK - which make up a huge proportion of Irish exports - would be severely disrupted. Inevitably, some businesses will go bust, and unemployment will rise.

Overall, economists at the ESRI have estimated that there would be a projected fall in Irish goods exports to the UK of 31 per cent , while UK goods exports to Ireland would decline by 28 per cent. Agricultural and food products, textiles and traditional manufacturing sectors would be most severely affected, they say.

Some products will not be available

Though it is hard to say exactly which products will be affected, supermarket supply chains are likely to be severely disrupted if a no-deal Brexit occurs overnight. While some businesses have been making plans to source products from elsewhere, some shortages are inevitable. According to a paper by economists John FitzGerald and Edgar Morgenroth, two-thirds of the products on our supermarket shelves are made in the UK or come through there.

At the same time as prices are going up, wages, particularly for low-skilled workers, could be adversely affected, ICTU has warned. As part of its no-deal planning, the Department of Enterprise has estimated that by 2020, low skilled workers could suffer a drop in wages of 3.9 from the baseline, no-Brexit scenario. “It is likely that low-paid workers would be most affected by Brexit-driven price increases,” ICTU says.

The value of sterling is likely to decline

Since the 2016 referendum, sterling has declined as the prospect of a no-deal Brexit - once thought remote - has grown. This has made life difficult for exporters to the UK, as their products have become more expensive. Those difficulties would be compounded if the UK crashes out. A weaker sterling has made cross-Border shopping more attractive, and if sterling weakens more, the allure of cheaper goods in the North will widen, hitting businesses in Border areas. And while it will be cheaper for people from this State to travel to the UK, the Republic will be considerably more expensive for British tourists.

Doing business with the UK will not just be more difficult for businesses - it will be more difficult for consumers, too. A hard Brexit could mean higher costs for goods bought online from Asos, Amazon or any other retailers based in the UK. Any item that costs more than €22 and comes from outside the EU is now liable to VAT, and any item over €150 is also liable to customs, chargeable on some products - notably clothing. As a non-EU country, these charges would become automatic on trade with the UK.

UK car imports will be decimated

Bringing used cars from the UK will become much more expensive as purchasers will be liable for VAT at 23 per cent. This would wipe out the financial attraction for individual purchasers and for dealers buying cars in the UK to sell them on in the Republic.