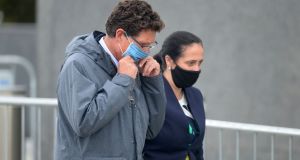 The Green Party is to hold a series of online meetings for members to discuss the EU’s trade deal with Canada amid continuing opposition to the Coalition’s plan to ratify the deal.

However, The Irish Times understands that there are no plans for members to vote on the party’s position, and the party leadership intends to apply the party whip to ensure TDs support the agreement.

A Dáil vote to ratify the Comprehensive Economic and Trade Agreement – known as Ceta – was postponed before Christmas amid opposition from some Green TDs.

Opponents of the deal say that the party did not commit to support the agreement during the programme for government negotiations last year. But the party leadership and most of the parliamentary party believe that the Greens are committed to supporting the deal as part of the coalition deal.

The programme for government say that the three parties will “Support new and existing EU trade deals to expand Ireland’s export options into new markets”.

Opponents say that this does not include Ceta and Green TD Neasa Hourigan says that the issue was not raised during the Greens’ debate on coalition because it was understood that it was not included. Opponents also say that if they had believed that approval for Ceta was part of the programme for government they would have raised it in the Greens’ debates.

Referring to her own notes of the negotiations at the time, Ms Hourigan says that the Greens “couldn’t agree to the Ceta because it is against party policy”. However, Green TDs who will support the deal say that the commitment in the programme for government, which was passed overwhelmingly by party members in a vote last summer, supersedes party policy. Both party leader Eamon Ryan and deputy leader Catherine Martin support ratification of the deal.

In a bid to address unrest on the issue, the party is to hold a series of online meetings, beginning this Saturday. Members are promised a number of “scene setting presentations” from European Green representatives, including Philippe Lamberts, the Belgian MEP.

But sources on both sides of the debate say that there is no provision for a vote of members to decide the party’s position on the issue. The position of the party leadership is that the party is already committed to supporting the deal in a Dáil vote, but wants to discuss the agreement with members.

Opponents of the deal are anxious to focus less on Green Party rules than on the substance of the deal and in particular the provisions for special courts in which commercial interests could take legal action against states for policy decisions which affect their investments.

“Let’s talk about investor state courts and not the rules of the Green Party,” said Ms Hourigan. She says that the deal should at least be examined by an Oireachtas committee before any Dáil vote.

Government sources say that the postponed vote to ratify the deal should take place next month, though at present no votes are taking place in the Dáil because of Covid restrictions. It is expected votes will resume in the coming weeks, as the Government has a heavy load of legislation to pass.

The Ceta deal was agreed in 2016 between the EU and Canada and though it has not been ratified by several EU countries, it has been provisionally applied, removing most tariffs between the two trading partners.

However, the proposal for investor-state tribunals – which opponents claim will strengthen the hand of private companies – remains highly controversial.