Ryan says breastfeeding ‘very difficult for a man to talk about’ 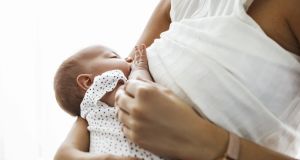 Just 15 per cent of babies are still being exclusively breast-fed by the time they are six months old. Photograph: iStock

Breastfeeding is a very difficult subject for a man to talk about Green Party leader Eamon Ryan has said as he described Ireland’s low levels of breastfeeding “shocking and a disgrace to the country”.

Mr Ryan was responding to Social Democrats TD Jennifer Whitmore who called on the Government to fund and resource the national breastfeeding strategy and “ensure we give the best start in life to our babies”.

Ms Whitmore said Thursday was the first day of national breastfeeding week and only 15 per cent of babies are still being exclusively breast-fed by the time they are six months old. She added that “we are obviously not doing something right”.

Mr Ryan said Ireland rates are shocking and a disgrace.

He said “breastfeeding is a very difficult subject for a man to speak about but I know the science, research and health evidence show that breastfeeding has huge benefits to health and all sorts of other outcomes”.

Mr Ryan said “we have the right strategies and plans in place but it seems we are not implementing them, right down to hospital ward level, and that has to change.

“It is not easy because it is a matter of personal choice and there is no way you would ever criticise anyone for the choices they make in that regard.

“But on public health grounds, I absolutely commit to supporting the Government in trying to achieve those objectives.”