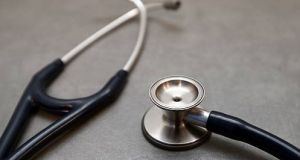 Fine Gael and Fianna Fáil TDs have expressed alarm at a proposal to completely separate public and private healthcare in the Republic. Photograph: Getty Images

Fine Gael and Fianna Fáil TDs have expressed alarm at a proposal to completely separate public and private healthcare in the Republic.

A draft report by Dáil Deputies on the Committee on the Future of Healthcare, who were tasked with designing a 10-year plan for the State’s health services, stipulates that the public and private systems should be “completely disentangled”.

Members of the committee will on Tuesday vote on a number of proposals aimed at doing so.

However, Fine Gael and Fianna Fáil TDs have expressed concern at how this separation would be implemented in practice, and may seek to extend or amend the timetable for removing private patients from public hospitals.

Yet TDs from the two parties do not have a majority on the committee, and cannot block any aspect of the report without Independent support.

According to a second draft of the report, seen by The Irish Times, the committee will be asked to recommend that “private beds will no longer be provided in public hospitals”.

This recommendation is part of the central thrust of the report – to set out a plan for a single-tier health service.

The conclusion likely to be reached is that this can only be done if private care is completely removed from public hospitals.

To pay for the removal of private income, the committee is likely to recommend that tax relief on private health insurance premiums be eliminated.

The report is likely to recommend massive new investment by the State in the healthcare system, and Fine Gael TDs have asked that officials from the Department of Public Expenditure be asked to cost its proposals.

Fine Gael TD Kate O’Connell, who sits on the committee, expressed concern that the proposals in the final report would not be realistic or affordable.

A number of TDs criticised an amendment proposed by Solidarity TD Mick Barry, which proposes that all private healthcare facilities, including hospitals, nursing homes and care homes and agencies which provide State-funded care, be taken into State ownership.

Committee chairwoman Róisín Shortall said the committee had a “historic opportunity, a once in a lifetime opportunity to do something constructive” about the organisation of the Irish health service.

Despite the amendments which had been submitted, and the growing nervousness of Fine Gael and Fianna Fáil TDs, she said the members were committed to achieving a consensus.

Much of the current draft of the report has been written by a team from Trinity College, including health commentator Sara Burke, which has been assisting the committee.

Fianna Fáil TDs on the committee said they supported the principle of separating the public and private systems, but had some doubts about how it might be done in practice. A series of amendments are likely to be proposed by Fine Gael TDs, it is understood.

However, others on the committee said that while there would be some amendments made to it, the central thrust of the report would not change.