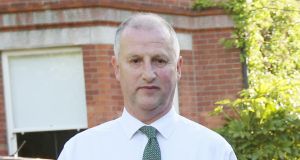 Construction work on approved housing developments can take up to two years to begin despite the introduction of a controversial fast-track planning system to accelerate supply, an Oireachtas Committee has heard.

A limited strategic housing development (SHD) system was brought in by the Government to expedite developments of 100 or more units in a bid to tackle the housing crisis.

It allows developers bypass local authorities and proceed directly to An Bord Pleanála, the appeals body, but has been branded as an “affront on democracy”.

In just more than two years of operation, 16,500 residential units have been granted permission as well as 7,500 student bed spaces – 67 of just over 100 applications have been approved.

However, according to Property Industry Ireland (PII), the representative group, housing supply is still experiencing delays between receiving planning permission and starting to build.

“There are a number of reasons for this time lag including the need to obtain compliance approval from the local authority,” its director Dr David Duffy on Tuesday told the Oireachtas Housing Committee, which is reviewing the workings of the scheme.

“Typically, it can take six months or more to get responses from a local authority to pre-commencement compliance submissions. The time lag . . . can be anything from six months to two years.”

While PII believes consideration should be given to making it permanent, the scheme was roundly criticised by members of the committee as anti-democratic.

They queried whether it was simply a mechanism allowing land owners to speculate and drive up the value of their assets by gaining planning permission. Several said the process should be brought to an end.

Under legislation, the system will run until the end of the year, but the Minister for Housing has the authority to extend it to the end of 2021.

Independent Senator Victor Boyhan said great financial strain had been placed on communities in taking judicial review proceedings in an effort to halt developments sanctioned under the scheme.

“I believe that the SHD should be scrapped,” he said. “It is an affront on democracy; it’s an affront on the democratic planning process; it does not permit elected representatives in local councils around this country to participate in the development of sustainable communities.”

In his opening remarks to the committee, Joe Corr, president of the Irish Planning Institute (IPI), said it was his organisation’s belief that where possible decisions ought to be made at local level and it argued for greater local authority resources.

However, he said the results garnered from the SHD process constituted “a considerable achievement”.

“Our membership is anxious to avoid a scenario where planning permissions granted under the strategic housing development process will be used by developers or speculators to increase the value of land, rather than the delivery of housing,” he said.

This issue was raised on a number of occasions, particularly by Solidarity-People Before Profit TD Mick Barry who said he knew speculation was an issue in which landowners took advantage of the system to inflate the value of assets before selling them on.

“The people who are losing out on that are generally speaking middle-income working people who are looking for an affordable home and who can’t get their hands on it,” he said. “That’s a scandal.”

Sinn Fein’s Eoin Ó Broin said the policy was designed simply to bypass the democratic planning process, while Fianna Fail’s Darragh O’Brien called on the Government to revert to the old local authority based system.

Earlier this month Minister for Housing Eoghan Murphy confirmed that a review of the legislation that created the strategic housing development scheme had been completed. “Changes will be made,” he told the Dáil.

Separately, The Cabinet on Tuesday held a discussion on housing after Finian McGrath, the Independent Alliance Minister of State, raised the photograph of a young boy eating his dinner off a piece of cardboard on Dublin’s O’Connell Street.

The photograph of the homeless boy was widely shared on social media in recent days and sparked a general discussion at Cabinet on housing and homelessness.

Government sources said efforts to track down the boy and his family to provide assistance had so far provided unsuccessful.