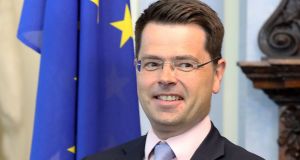 The Alliance deputy leader Stephen Farry has called for an independent mediator to be appointed to help find a way through the impasse that is blocking the return of the Northern Executive and Assembly.

The Northern Secretary James Brokenshire was meeting the five main Northern parties at Stormont on Monday while the Minister for Foreign Affairs Simon Coveney is to meet the parties in Belfast on Tuesday.

Both Ministers are trying to establish whether there is any point in moving to full formal talks to restore Stormont or whether the current level of deadlock means there is no room for compromise and that some form of direct rule from Westminster will become inevitable.

Before meeting Mr Brokenshire on Monday afternoon, Dr Farry called for the appointment of an independent talks mediator.

“It is clear the talks process is in even deeper difficulties than before, with the trajectory heading towards direct rule. However, devolution is the only credible way forward and we must exhaust every possibility to ensure an accountable local government is in place,” he said.

“While the outcome of talks remains urgent, we are looking at a time frame of at least mid-October before parliament returns and has to make decisions on the best way forward for Northern Ireland, ” he added.

Dr Farry said: “Given the DUP and Sinn Fein clearly have huge difficulties in talking directly to each other and are increasingly engaged in megaphone diplomacy, there is an opportunity for a mediator to provide a constructive role to try and get both them and other parties to understand the reasons why devolution collapsed, why there is an ongoing impasse and how a common way forward can be found.”

Sinn Féin’s Northern Ireland leader Michelle O’Neill after she and a Sinn Fein delegation met Mr Brokenshire on Monday afternoon did not rule out such an appointment. “We are open to that if it helps to develop the process,” she said.

Stormont has not been fully functioning since the late Martin McGuinness stood down as deputy first minister in January. A number of efforts in the past eight months have failed to revive the Executive and Assembly.

Disagreement on issues such as same sex marriage and dealing with the past have been hampering progress with the biggest obstacle to a deal DUP opposition to the Sinn Fein demand for a standalone Irish language act.

Ms O’Neill reiterated the Sinn Fein demand when she spoke to the media at Parliament Buildings, Stormont on Monday afternoon but also said that compromise would be required in reaching a deal.

She said, “We want to make the institutions work. Sinn Fein want to be in a sustainable Executive and we will work every day to try and bring that about. That inevitably involves compromise and all of us coming to this with the right approach to try and work our way through the difficulties.”

Ms O’Neill however repeated her rejection of DUP leader Arlene Foster’s call last week for the Northern Executive to be restored based on a commitment that the language issue would be addressed within a specific period of time, and that if it were not resolved the Stormont again would collapse.

Ms Foster after meeting Mr Brokenshire said her offer still stood. She said she was disappointed with the “breakneck speed” with which Sinn Fein dismissed her proposal.

“I hope they will reflect on that and see that it was a real and meaningful proposal to move the matter ahead,” she said.

Both she and Ms O’Neill separately agreed that talks if they are to happen should not be prolonged. Ms O’Neill said they should “short, sharp and focused” and that all issues should be concluded over September and October.

“We do not believe that there is a need to prolong these sets of talks,” said Ms Foster. “We think we should be able to come to a determination pretty quickly as to whether Sinn Fein want to go back into government again. Certainly from our part we do. We have no red lines.”

“We are not the barrier here to devolution in Northern Ireland. Sinn Fein are the barrier and continue to be the barrier to dealing with the matters real people have to deal with on a day by day basis,” she added.