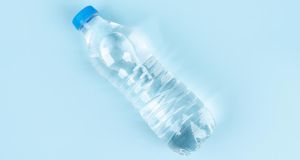 Agents from the FSAI, who sources say were supported by the Garda in the unannounced inspection, made copies of company and financial records from Celtic Pure during the operation last week. Photograph: iStock

A Co Monaghan water company at the centre of a product safety recall over arsenic in its products was raided last week by the Food Safety Authority of Ireland (FSAI), The Irish Times has learned.

The raid took place following allegations about the plant made by a former employee, Celtic Pure confirmed on Thursday night.

Agents from the FSAI, who sources say were supported by the Garda in the unannounced inspection, made copies of company and financial records from Celtic Pure during the operation last week.

The raid took place before 9am last Thursday morning, with FSAI officials remaining on site to complete the work through the day and into the early hours of Friday morning.

The company said it was working with the FSAI on its investigation into the claims made by the former employee. The investigation is separate to the arsenic issue which emerged last week, which Celtic Pure reiterated is “fully resolved”.

“In an entirely separate investigation, the company has been working closely with the FSAI regarding a number of unsubstantiated allegations that were made by a former employee.

“The company absolutely rejects these unsubstantiated claims and will robustly defend them. We cannot comment further.”

Products supplied by the company to some of the largest retailers in the state were the subject of a recall notice issued last week by the FSAI. Lidl, Aldi, Dunnes, and others all withdrew products from their shelves which were supplied by Celtic Pure.

Issues around the levels of arsenic in the water products first emerged on July 27th when BWG Foods, which owns the Spar and Londis brands, withdrew a batch of its own-brand water from sale.

The recall notice was issued following the detection of levels of arsenic above the legally acceptable limit in Celtic Pure products. In a statement issued last weekend, Celtic Pure said the recall was the result of a mechanical failure of a filtration device.

Following the initial recall of product by BWG, a wider product recall notice, affecting many other large retailers’ own brand bottles of water, was issued by the FSAI. Following the recall, the FSAI said people “should not be alarmed or concerned as the levels detected, whilst above the legal limit, are not considered to pose any short-term adverse health effects and the risk of any long-term health effect is unlikely”.

In a statement last night, The company said the initial recall was “the result of a mechanical failure of a filtration device which has been isolated to one of our many springs. The quality team has taken immediate action and removed this device and source and we can confirm that this issue is now fully resolved. No Celtic Pure products were affected by this recall, outside of the limited own brand batches”.

FSAI had no comment when contacted. Celtic Pure is a family-run business based in Co Monaghan. It was established in 2000, and in addition to supplying water to some of the largest retailers in the State, it is also the official water of the Football Association of Ireland. The company was recently re-registered as an unlimited company, meaning there is less financial information available about it.

However, its most recently available set of accounts show accumulated profits of €3.8 million. The company’s shares are held by an offshore entity, registered in the channel island of Jersey.

1 Helen McEntee holds up well for someone with barely a leg to stand on
2 Covid-19: Government set to reject advice and approve reopening of gastropubs and restaurants
3 Restaurants and gastropubs to reopen in December under Government plan
4 In Brexit end game, Johnson scours menu of unpalatable choices
5 Irish fishing industry facing big job losses as Brexit talks stall
Real news has value SUBSCRIBE