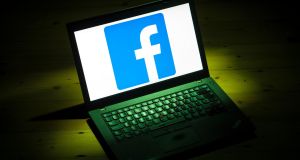 A major UK study that has found 14-year-old girls are twice as likely to show signs of social media-linked depression compared to boys would show “very similar” results if Irish young people were surveyed, a leading Irish psychiatrist has said.

Nearly 11,000 young people were surveyed by the UCL-run UK Millennium Cohort Study – a research project that follows the children from birth – published on Friday in the online journal, EClinicalMedicine.

Social media taps into one of the fundamental causes of human unhappiness, which is comparing ourselves with others

Four in 10 of the girls surveyed used social media for more than three hours per day compared with one-fifth of boys. Just 4 per cent of girls said they did not use social media at all, compared to one-tenth of the boys.

“The big problem with social media is it taps into one of the fundamental causes of human unhappiness, which is comparing ourselves with others,” said Prof Brendan Kelly, professor of psychiatry at Trinity College Dublin and a consultant psychiatrist at Tallaght hospital.

“The particular toxicity with social media is it allows us to compare ourselves with other people more often, more quickly and in more detail than has ever been possible in human history before,” he went on.

“Girls have been found to be at a higher risk on social networking sites than boys. Girls are more likely to use social media to communicate, which could increase their exposure to possible negative effects,” he said.

“Social media use is linked to depression and poor mental health. This is the first paper where we have been able to look at potential explanations for that,” said Prof Yvonne Kelly of UCL’s Institute of Epidemiology and Healthcare.

No similar study has yet been done in Ireland. However, Jigsaw, a youth mental health charity, is working with University College Dublin on research about the social media habits of young people here that will be published later this year.

Digital age of consent rules – which were left last year in Ireland at 16 after the Government’s proposal to set it at 13 was defeated in the Dáil – do little to help, he argued, since they “don’t have the enormous effect on human behaviour that we hope they will have.

“The only way for sustainable change is to make people realise that they need to change their behaviour themselves. External rules will only take us so far,” the professor told The Irish Times.

However, he went on to say that ascribing a gender difference to social media “might be going a little bit far” since depression is twice as common in women than men across all age groups anyway.