Some 156 rural locations awarded on Thursday by Minister Michael Ring 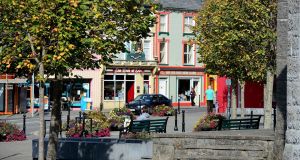 Some €15 million in funding has been awarded to towns and villages across the country in a bid to renew and rejuvenate rural areas.

On Thursday, Minister for Rural and Community Development Michael Ring announced that 156 rural locations will benefit from funding under the 2019 Town and Village Renewal Scheme, which is part of Project Ireland 2040.

Funding will be used to enhance public infrastructure, re-purpose community buildings and increase amenities in the hopes of making small rural towns and villages more attractive places in which to live and work.

Read the full list of towns and villages that received funding here.

Some of the successful projects include the regeneration of the Square in Ballyhaise, Co. Cavan, by replacing footpaths, removing overhead cables and installing decorative lighting and the development of the community hall in Ogonnelloe, Co Clare, as a civic space to facilitate co-working.

Announcing the successful applicants in Killawalla, Co Mayo, a village which will receive funding, Minister Ring said the scheme is very important as it will ensure rural areas are attractive and sustainable.

“Interest in the Town and Village Renewal Scheme this year was very high and the scheme was heavily over-subscribed,” he said.

“It was not possible to fund all of the applications received, but I am pleased that many of the towns and villages which have been successful this year are receiving funding under the Town and Village Renewal Scheme for the first time.”

He added that the benefits of previous funding approvals under the scheme are now being “felt countrywide”.