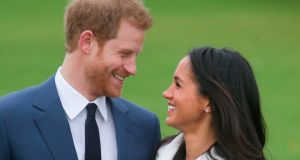 A Co Donegal hotel has cancelled a royal wedding themed afternoon tea this weekend after reportedly receiving complaints about the event.

The Inishowen Gateway Hotel in Buncrana was due to mark the marriage on Saturday of Britain’s Prince Harry and US actress Meghan Markle with a themed party.

However, the event is no longer going ahead after the hotel was reportedly inundated with angry phone calls. It is understood a Facebook post promoting the event was removed and the event was then cancelled.

A spokeswoman for the hotel confirmed the event had been cancelled but would not be drawn on why the decision was taken.

In an earlier statement the hotel had said: “The event planned for Saturday, May 19th, will no longer be taking place and we would like to take this opportunity to apologise for any offence caused.”

The DUP claimed “intimidation by republicans” was the reason for the event being pulled with MLA Gary Middleton, from the Foyle constituency over the Border, saying that “there remains an intolerant core within republicanism”.

“The intimidation of this business puts much of the talk about ‘reaching out to unionists’ into perspective,” he said.

A garda spokesman said he was not aware of any complaint about the matter.

Venues in the North are marking the royal wedding with a range of events. Fans of the monarchy will able to watch the wedding service in Market Square in Lisburn and at the Balmoral Show agricultural show, while community groups in Belfast, Bangor and other areas are organising fun days, street parties and other events.